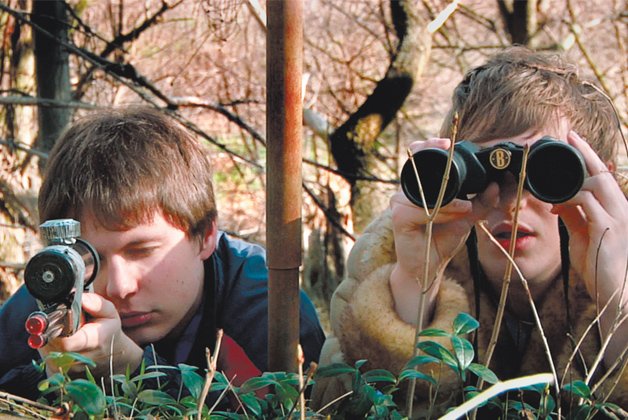 The Dirties plays like an open provocation, like someone goaded writer/director/star Matt Johnson with a dare: “Betcha can’t make a school shooting movie funny!”

Impossibly, Johnson succeeds. And don’t let the words “Kevin Smith Presents” above the title dissuade you: The Dirties is more than just an over-eager dark comedy desperate to invest its macabre proceedings with smirking humour. Johnson grounds his story in pathos and genuine sympathy for his characters.

He and co-star Owen Williams play Matt and Owen, two dorky 10th-graders working on a film about maladjusted kids who avenge themselves on the high school bullies. For Matt, the boundaries between his real life and the film are a bit leaky. As he begins collecting blueprints of his school and pinning up photos of bullies, it becomes clear that he’s planning something more than a film.

In places, the cleverness feels a bit arch: the basement bedroom hung with Fight Club and Pulp Fiction posters, the constant film references to drive home the characters’ confusion of fiction and reality, the Elephant-ine tracking shots.

But Johnson’s crafted a finely tuned portrait of high school alienation, a film as alert to the realities of bullying as it is eerily in step with the particularities and peculiarities of life as a nerd.