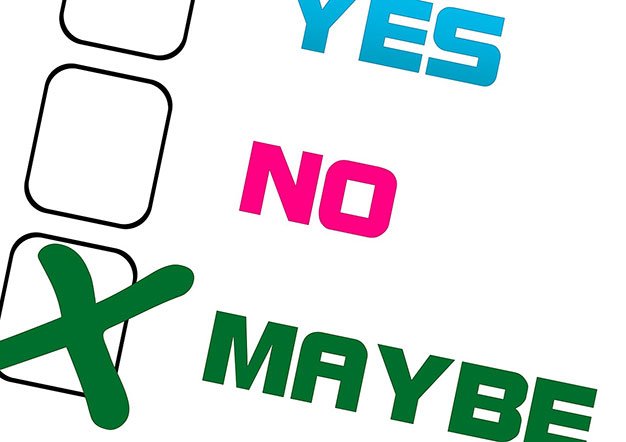 Consent is not a natural thing – it is an active choice! was the key message delivered at a panel at Playground, the sex and body positive conference held in Toronto earlier this month.

The conference hosted workshops on sex positivity, sex work legislation, the legalities of alternative relationships, sex positive parenting and panels on the importance of consent in kink/BDSM practice. The latter was a particular topic of interest at the gathering given the Jian Ghomeshi affair that has exploded in Canadian media.

Conference organizer Samantha Fraser, who is a relationship coach and the author of Not Your Mother’s Playground, reports that when the Ghomeshi news broke “there was fear within the community that kink was again going to be demonized by the media.” At the fourth annual event a class on “Negotiating as a Submissive” was added to help address the issue of consent.

But Krishna points to the Ghomeshi affair as an “opportunity for kink folks across all spectrums to build alliances with more marginalized communities in challenging laws that limit our rights as people living in Canada, from sex workers, refugees/immigrants, LGBTQ communities, HIV activists, etc.”

The most basic rule of kink is the same as the most basic rule of any sexual encounter – that it must be consensual. “Consent is the presence of yes, rather than the absence of no,” says Toronto-based sexuality empowerment coach Heather Elizabeth. She says that “the ‘Try it until someone says stop’ method is a really high-risk way of figuring out if what you’re doing is consensual.

“When you’re new to kink, you don’t know what you don’t know. You might feel not okay about the way your partner is behaving, but excuse it as ‘that’s just what kink looks like.’”

Adds Elizabeth: “To paraphrase bell hooks, ‘There has to be space for masculinity that isn’t patriarchy’. There has to be space for these relationships (male dominants and female submissives) to exist without them falling into sexism and misogyny. So if these are the relationships we choose for ourselves…, strengthening the frame of equal partnership within which kink play takes place would go a long way to creating power exchange sans abuse.”

Sex educator Cherry Monroe (pro-domme) says “A good play session starts with a discussion, a conversation about desire. What are you in the mood for?

“Even long term play partners negotiate,” she says, “making sure they are on the same page and checking in during play. You can be a clueless beginner and be respectful and communicative concerning your playmate’s desires or you can be a seasoned dom who is well known in the community but leaves his submissive partner sobbing in the corner with no aftercare. Never assume what your partner wants, regardless of your experience level. The same goes for submissives who won’t communicate about their boundaries or desires, or say ‘Do whatever you want with me’. While being someone’s fuck toy might be hot, still have that boundary conversation.”

Consent is a concern for both tops and bottoms. Rudy (dom) warns “a novice submissive that is too adventurous should awake questions on safety for the dominant. Rein in your ego. It’s trial and error. You have to find out slowly together what works. It is definitely not, ‘You are a piece of pliable clay and I am going to teach you how to be a good submissive.’”

On best practices for beginners: all of those I spoke with insist on starting slowly, having safe words, checking in during the session and after care for both partners. For beginner submissives the yes/no/maybe grid is a great place to start but a checklist isn’t going to replace a conversation. Winging it is a risky mistake.

Fraser recommends “recognizing that the lust you might feel can cloud your judgment.

“Make sure that you ask a potential dominant what dominance and kink means to them. Don’t be something you’re not just to please someone else. And if something doesn’t feel right, it probably isn’t. Have a safe word and get out of it.”

Rudy warns that “the ruse of being all-knowing and experienced is an ideal cover for an abuser.”

Krishna says submissives should not get tied up on their first date. He also recommends letting a friend know of where you are going and have them call. “Treat it like online dating … lots of safety tips are written on how to do online dating safely. A good negotiating process can allow for a lot of freedom to take/be in charge.” Jennifer says set out what you do and don’t want from your partner in an email. And to “read about it, talk about it, practice.”