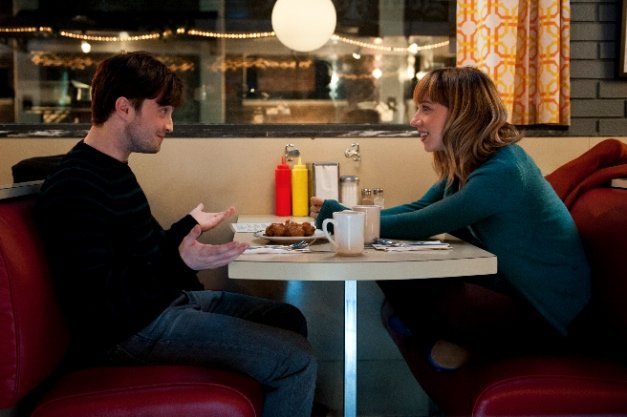 Goon director Michael Dowse shifts deftly from sports comedy to romantic comedy with this charming tale of an emotionally prickly young man (Daniel Radcliffe) who meets a delightful young woman (Zoe Kazan) only to discover she’s in a long-term relationship. He consigns himself to the friend zone but yearns for more, while she begins to notice certain shortcomings in her own life.

Elan Mastai’s script is adapted from T.J. Dawe and Michael Rinaldi’s play Toothpaste And Cigars, but Dowse turns it into an unapologetic reworking of When Harry Met Sally…. So yes, it’s derivative, but it’s also funny, sharp and sweet, with Radcliffe and Kazan exchanging rapid-fire dialogue that they also share with a lively circle of supporting players (including Mackenzie Davis, Adam Driver, Rafe Spall, Megan Park and an unbilled, terrific Sarah Gadon).

Dowse and his DP, Rogier Stoffers, shoot Toronto like an ardent lover, using the city’s streets, stores and spaces to create a sense of constant promise, all thrumming to the beat of AC Newman’s infectious score.