The faces of a conflict: taxi driver Jafar Mirsalari’s livelihood is at stake 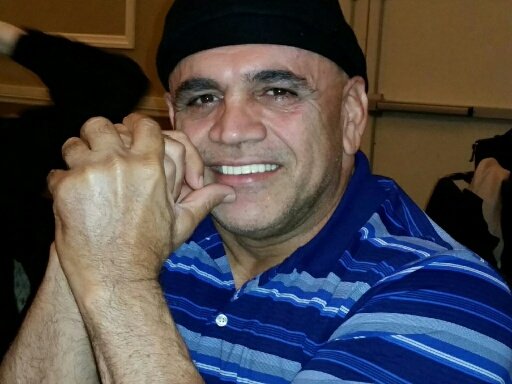 Jafar Mirsalari has driven a taxi in Canada for over 25 years.

There’s been a war on our roads for the past 15 months. The taxi industry has been under fire since Uber launched in Toronto in September 2014. Frustrated cab drivers claim their livelihoods are in jeopardy. Despite pointing out the illegality of UberX’s operations, nothing has been done to stop the California-based tech company. Meanwhile, those who support Uber say the company is simply providing another transportation option, with cheaper fares and better customer service.

We talked to two Torontonians in the heat of the battle: a long-time taxi driver who describes how Uber has affected his bottom line, and an UberX driver who sees her involvement in social transportation as a positive one. Below is Jafar Mirsalari’s story. For Kam Kaler’s side, click here.

Most days, it’s still dark out when Jafar Mirsalari leaves his home in Richmond Hill. He likes to hit the road at 3:30 a.m., no later than 4 a.m., he insists. “It’s peaceful at that time,” Mirsalari says by phone. “Also, in the summertime, it’s much cooler that time of morning.”

The 57-year-old GTA resident is one of about 6,000 taxi drivers in the city. He emigrated from Iran by way of India in 1986, first landing in Montreal where his brother was already driving a cab. Mirsalari worked some night shifts and enrolled in French classes during the day, but after a year, the language barrier proved too difficult. Before his 30th birthday, he moved to Toronto.

He started driving for Toronto Taxi, but when the company went belly-up in 1989, he switched to East End Taxi for three years. With some experience under his belt, Mirsalari started his own company, Crown Taxi, in 1993. Business was profitable for about 15 years but when the recession hit in the mid-2000s, he sold his company to a group of shareholders. Since 2011, he’s worked for Beck Taxi, which owns the largest fleet of cabs in the GTA.

“You know what Calgary did, what Vancouver did? I want to see it done in Toronto. We all know that in Toronto, the mayor is on Uber’s side,” he says. “If Uber can continue working without any regulations and any fees, it has to be the same for the taxi industry. Level the playing field.

“We are losing 40 per cent of our income,” he continues. “Uber drivers are not full-time jobs. It’s supplement income for them. We all have HST numbers registered with revenue Canada for every penny we spend. The money we make, we file it and this is our income.”

Last year, Mirsalari made around $55,000 in gross income. He also worked nearly double the number of hours compared to the average Canadian. When he sets out for the workday at 3:30 a.m., he usually doesn’t get home until dinnertime. Some weeks, he works up to 90 hours, desperate to break even on his operating expenses.

What Mirsalari does make each day is stretched thin at home. His wife earns a modest income as a receptionist at a dental practice. They have a $270,000 mortgage and they support their youngest child, a 20-year-old Ryerson University student who lives at home. Mirsalari tells me their oldest child has a job, recently married and moved out on his own. Even through the phone, I can tell he’s beaming proudly.

Taxi drivers used to look forward to the Christmas season, Mirsalari says. “We used to make a killing. When you dropped somebody off, another passenger was waiting for you, standing on the corner,” he recalls.

Now, Beck Taxi dispatches have declined by almost 50 percent. Mirsalari says that wait times between calls can stretch over an hour. To compensate, he’s given his personal cell phone number to customers, inviting them to call him directly for pickups.

In addition to stealing the taxi industry’s customer base, Uber drivers aren’t required to abide by the same rules enforced on licensed cab drivers. Mirsalari explains that a city bylaw requires that operating cabs be in relatively new shape.

“If you have a used car on the road, it can only be maximum three years old. For example, if today I decide to change my car, it can’t be older than a 2013. If I buy a 2013, I can keep it for only 5 years if I am the sole owner-operator on the vehicle,” he says.

“My expenses are close to $550 a month for car payment, $525 for my brokerage, which I give to Beck Taxi driver dispatch, and my insurance is $400 a month,” Mirsalari says.

Additionally, he spends on average $1,500 a month on fuel for his minivan. Once a year, taxi drivers spend over $1,000 renewing their taxi plates, stickers and provincial plates, as well as getting a police background check and taking a CPR refresher course. Without it, taxi drivers can’t renew their licenses as a driver or an owner-operator.

It’s no wonder that taxi drivers talk about UberX with such vitriol, using words like “scam” and “money-grab” to describe the business. Mirsalari calls the company an “economic terrorist.”

“They come to a country and they set up their own system, their own pricing, their own hiring system – if you want to call it hiring – they don’t follow any rules, laws or regulations by existing government, and then they try to get the younger crowd behind them by false information, advertising and destroying the local jobs and economy,” he says.

Mirsalari admits the taxi industry isn’t perfect but argues that any job serving the public will have negative aspects to it. He says that complaints about poor customer service will eventually turn up in UberX drivers. It’s only a matter of time.

“You have 6,000 licensed taxi drivers, they’re all bad apples? They’re people with different backgrounds, different cultures, different religions and different beliefs, but that doesn’t represent taxi industry as a whole,” he says. “All problems are fixable but the industry can not be destroyed by some offshore company that is doing it everywhere in the world but not following the country or city’s rules.”