Rating: NNNNFew quixotic quests are as odd as. 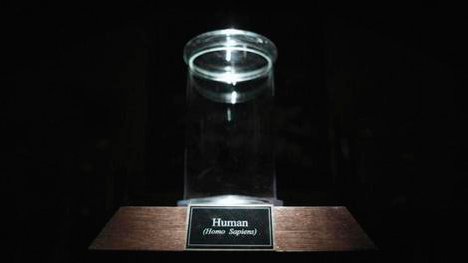 Few quixotic quests are as odd as the one that drives Siggi Hjartarson, proprietor of the Iceland Phallological Museum, which collects and displays samples of mammalian penises. The only one missing is a human’s, and Hjartarson has been trying to land one since the museum opened in 1997. A few people have offered to donate theirs, but none of them has died yet, so Hjartarson sets out in search of a donor who might be able to provide his organ sooner rather than later.

Directors Jonah Bekhor and Zach Math treat their subject with precisely the right amount of respect, acknowledging Hjartarson’s commitment while still allowing us to enjoy the ridiculous carvings he sells in the museum gift shop. The parade of eccentrics is fascinating – Tom Mitchell, an affably insane American intent on donating his member before he dies, seems like a lost Will Ferrell improv character – and the story expands in a really interesting fashion. (Oh, grow up.)