The Forcillo trial: whats next?

Toronto Constable James Forcillos lawyers were back in court last week seeking a stay of the attempted murder charge he. 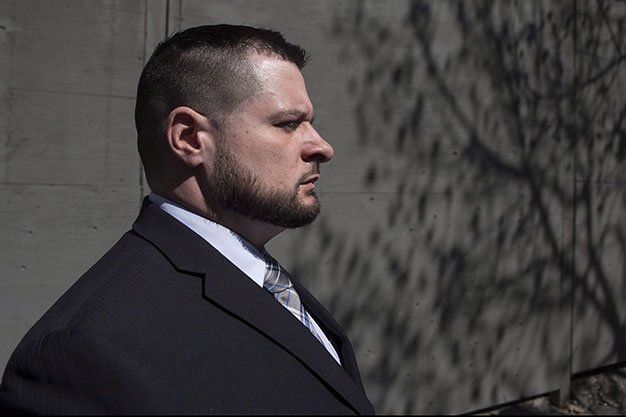 Toronto Constable James Forcillos lawyers were back in court last week seeking a stay of the attempted murder charge he was found guilty of on January 25. Theyre asking the officer be sentenced to no more than house arrest instead of the mandatory minimum five years in jail stipulated in the Criminal Code. The Crown is asking for eight to 10 years in prison.

Eighteen-year-old Sammy Yatim was alone on a streetcar brandishing a knife. Forcillo was one of the officers at the scene who responded to calls for police. After Yatim failed to obey repeated orders by Forcillo and other officers to drop the knife, Forcillo fired three shots, all of which hit Yatim, who fell to the streetcar floor. About five seconds later, Forcillo fired six more shots, five of which hit Yatim. The medical evidence established that the fatal shot was one of the first three.

At trial, Forcillo presented two possible justifications: self-defence and a special defence that is available (pursuant to Section 25 of the Criminal Code) to persons acting under authority. Section 25 says that a police officer acting in the course of his duties is, if he acts on reasonable grounds, justified in doing what he is required or authorized to do and in using as much force as is necessary for that purpose.

Well never know how the jury arrived at its verdict in Canada, unlike in the U.S., it is a criminal offence for a juror to disclose what transpired during deliberations. However, given the charge to the jury, the verdict will and should be taken to mean that the jury had no reasonable doubt that the second volley of shots was fired with the intention of killing Yatim.

A court may grant a stay if it finds that there has been a sufficiently egregious abuse of process.

Forcillo lawyer Peter Brautis argument is that it would be an abuse of process to register a conviction because Forcillo substantially followed the police training he was given by the state. And since the state gave him that training, the state is not entitled to a conviction.

I dont think such an argument has any merit. In my view, its not reasonable to argue that Forcillo was even close to following his training when he fired the second volley of shots with the intention of killing Yatim. If Brautis application for judicial stay of the attempted murder charge is successful, no conviction will be entered and the prosecution of Forcillo will end.

If the application for a stay is dismissed, a conviction for attempted murder will be entered and a hearing to determine the appropriate sentence will commence.

The maximum punishment for attempted murder is life imprisonment.

But many lawyers and academics feel that mandatory minimum sentences can, at least in some situations, violate a convicted persons constitutional right not to be subject to cruel and unusual punishment.

It appears that Brauti will argue that subjecting Forcillo to the mandatory minimum sentence would be unconstitutional. In my opinion, such an argument has a good chance of succeeding.

The judge will have little precedent to guide him. No Canadian police officer has ever been found guilty of unlawfully attempting to kill someone while on duty.

Whatever sentence is imposed, Forcillo will have the right to appeal to the Court of Appeal for Ontario. No doubt he will.

On appeal, Brauti may argue that it was improper to invite the jury to consider the two different volleys of shots as separate transactions.

Also, the trial judge prohibited Brauti from advancing evidence to support the contention that Yatim was trying to commit suicide by cop.

Brauti will likely argue on appeal that that prevented Forcillo from making a full answer and defence. A successful appeal of the conviction would result in a new trial. The Court of Appeals decision could be appealed to the Supreme Court of Canada.

The Police Services Act permits a police chief to suspend an officer who is charged with a criminal offence, and Forcillo has been suspended. But such a suspension must be with pay.

If an officer is sentenced to a term of imprisonment, the chief of police may suspend the officer without pay, even if the conviction is under appeal.

So unless the mandatory minimum sentence is found to be unconstitutional and Forcillo is not sentenced to any time in prison, the chief will have the right to suspend Forcillos pay after sentence is imposed.

I presume that police Chief Mark Saunders would suspend Forcillos pay in those circumstances. After all appeals are exhausted, disciplinary proceedings against Forcillo may result in his dismissal from the force.

The only thing that is certain is that there is still a way to go before the Forcillo case is finished.

Peter Rosenthal is professor emeritus of mathematics and adjunct professor of law at the University of Toronto. He also practises law.