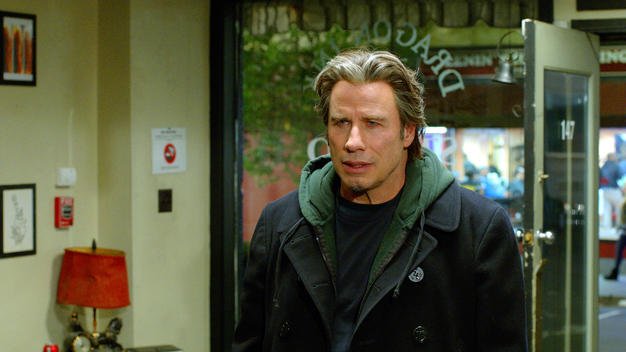 "Wait, is that Scientology doc out yet? No? Okay, then see this."

When art forger Ray (John Travolta) cuts a deal with his old boss to get out of jail early so he can spend time with his terminally ill son (Tye Sheridan), he’s forced into doing another job to pay for the favour. He must reproduce a priceless Monet that’s in a Boston museum exhibit, then steal the original and replace it with the fake.

Travolta’s character isn’t quite convincing, especially when he’s discussing fine art in his sensitive-thug Boston accent. But Sheridan, so good in Mud, is alert and spontaneous, and the two have a fine rapport with each other and with Christopher Plummer as Ray’s grizzled dad, an old-school criminal.