NOW MagazineMovies & TVReviewsThe Founder is a fascinating misfire, but still a misfire

The Founder is a fascinating misfire, but still a misfire 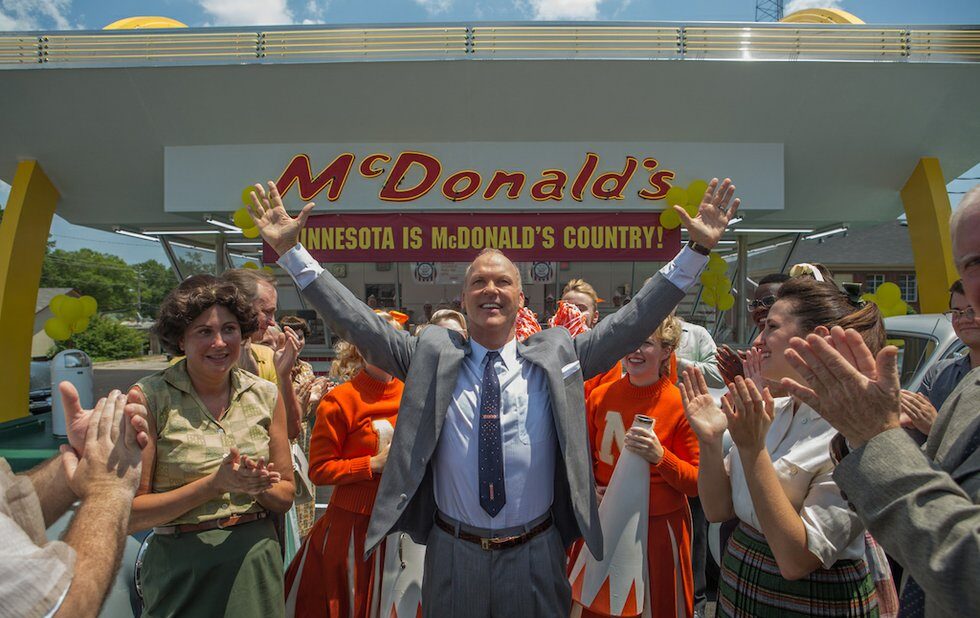 The Founder could have been a great movie if the director had understood what kind of picture he was making. And it’s not like it would have been hard to figure it out: it’s right there in the script.

Robert D. Siegel, who penned Darren Aronofsky’s The Wrestler and wrote and directed the underrated Patton Oswalt psychodrama Big Fan, has written a satirical exploration of ruthless capitalism disguised as a perky biopic. But John Lee Hancock, whose credits include the backlit Americana of The Rookie, The Blind Side and Saving Mr. Banks, doesn’t see past the disguise. The result is a fascinating misfire, but a misfire all the same.

Michael Keaton plays Ray Kroc, the travelling salesman who turned a family-owned hamburger stand in Santa Monica into the fast food empire we know as McDonald’s.

Siegel sees Kroc as a predatory capitalist using the patter of postwar American patriotism to hustle anyone foolish enough to trust him – in this case the principled but overly trusting McDonald brothers (John Carroll Lynch, Nick Offerman). Kroc’s also running a line on his wife, Ethel (Laura Dern), a reservoir of support and empathy he’ll throw aside as soon as it suits him.

Kroc’s not a monster, but he is an opportunist who’ll do anything to enrich himself while claiming that a rising tide lifts all boats – and, yeah, The Founder could have been a perfect allegory about the ascent of President Trump. But Hancock swallows Kroc’s story whole, seeing it as an inspirational tale of gumption and determination, which makes Keaton’s typically nuanced performance increasingly diffi­cult to reconcile with the storytelling.