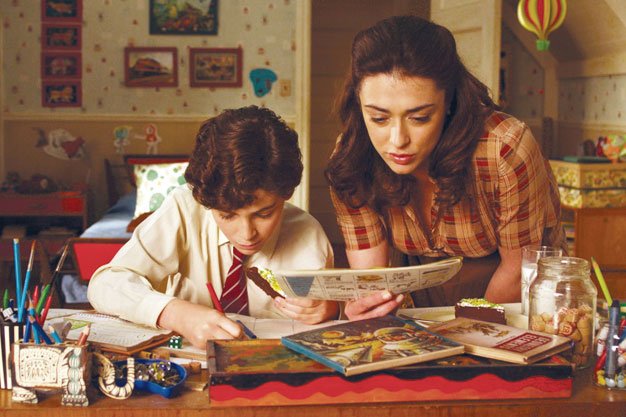 This unbelievably incompetent Harry Potter knockoff is destined for the DVD bargain bin. Gotham’s David Mazouz stars as Ivan Drago (no relation to the Rocky IV villain), a child who ends up in a cruel, fantastical orphanage – a sort of Hogwarts by way of Oliver Twist – after his parents disappear in a freak accident. Ivan is not a boy wizard but a whiz at inventing board games, coming from a long line of games makers who operate from a magical town not unlike Santa’s North Pole.

That also makes Ivan a target for a sinister games-making overlord named Morodian, played by Joseph Fiennes. The Shakespeare In Love star is flagrantly goofy, likely fully aware that this halfwit script means him to be a budget-friendly version of big brother Ralph, who played Voldemort.

Writer/director Juan Pablo Buscarini manages the occasional cute touch and pleasing art deco designs in this made-on-the-cheap children’s fantasy, where the special effects are poor and the starved imagination can only feed on J.K. Rowling’s dust. 111 minutes.