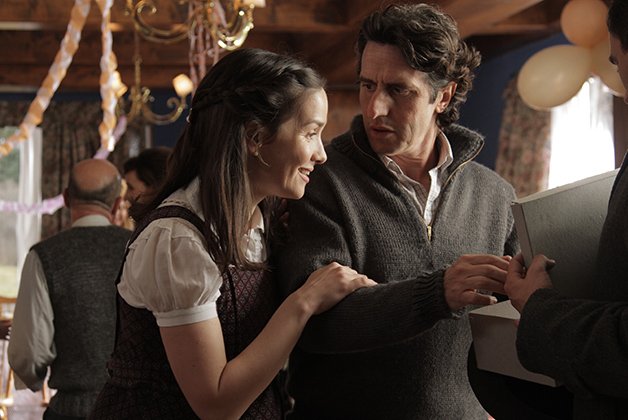 Fresh from the Toronto Jewish Film Festival – so fresh, in fact, that it begins its commercial Toronto engagement with one TJFF screening still remaining – Lucía Puenzo’s The German Doctor is an appropriately creepy what-if drama about an encounter between a 12-year-old girl (Florencia Bado) and fugitive Nazi Josef Mengele (Alex Brendemühl) in Patagonia circa 1960.

Puenzo’s take on the war-criminal material is less Ira Levin and more Thomas Harris there’s no ticking clock or desperate pursuit, but more of a sense of young Lilith’s growing awareness that something about the gentleman who’s taken up residence in the modest hotel inherited by her parents is deeply wrong.

Maybe it’s his interest in her mother (Natalia Oreiro), who’s pregnant with twins. Or maybe it’s his insistence that Lilith begin experimental hormone treatment to deal with her slow physical development. Whatever it is, there’s something a little too eager underneath his carefully maintained facade of propriety – and Spanish actor Brendemühl is excellent at implying complex motivations for even the simplest of gestures.

Writer/director Puenzo plays out the tension as long as she can, and no further. Like a finely rendered short story, The German Doctor forgoes jolts for a long, unpleasant shiver of understanding.