The Ghosts in our Machine 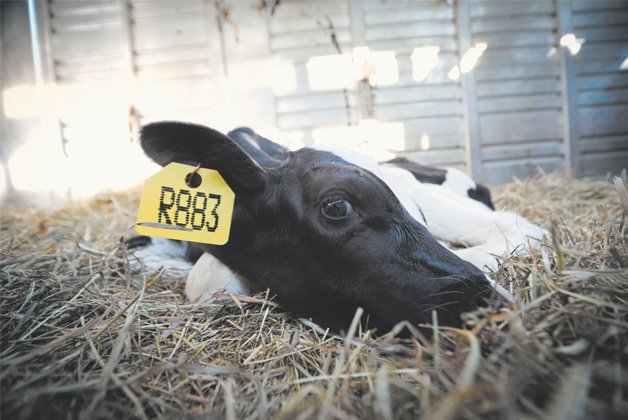 A traumatized cow finds sanctuary in The Ghosts In Our Machine.

A traumatized cow finds sanctuary in The Ghosts In Our Machine.

THE GHOSTS IN OUR MACHINE (Liz Marshall). 93 minutes. Opens Friday (May 31). For venues and times, see listings. Rating: NNNN

Liz Marshall’s compelling portrait of photographer Jo-Anne McArthur, whose mission is to document the invisible war on animals, bears powerful witness to the appalling conditions to which humans consign our fellow creatures.

Marshall tags along as McArthur covertly snaps photos at a fur farm (these tension-filled sequences are made to look like incursions into enemy territory) and a theme park where entertainers literally surf on dolphins, just two of the film’s disturbing settings.

Marshall contrasts these scenes with beautifully shot sequences at animal sanctuaries where rescued animals – and McArthur herself – recover from their traumatic experiences. In other sly scenes, McArthur and supporters eat vegetarian food, lovingly shot to look gorgeous and delicious.

Ghosts In The Machine isn’t as gruesome as it could have been. Obviously determined not to go the exploitation route, the director makes her point with shots of a five-tiered truck carrying hundreds of pigs to the abattoir, a glimpse of McArthur’s photo of skinned rabbits and a distressing – but mercifully short – sequence of cows going to slaughter.

The subtle approach may not convert all carnivores, and you might not buy the premise that animals deserve equal rights with humans.

But this is a superb example of committed filmmaking.