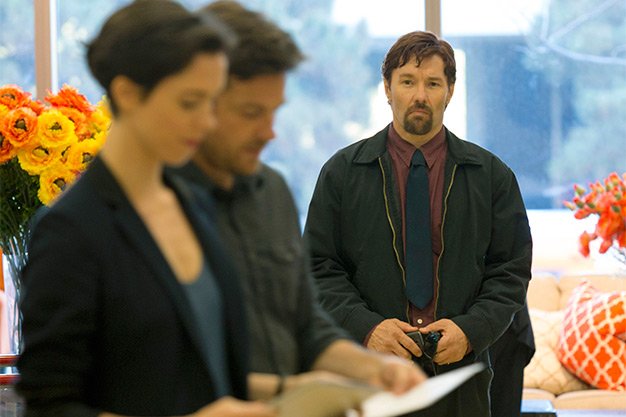 The Gift is one of those rare movies that doesn’t really work at all but keeps you watching as the mistakes and bad calls keep piling up. You want to see where it goes, you want to see if it can pull out of the dive.

From the start, writer/star Joel Edgerton’s directorial debut is very, very confused about what kind of movie it is. The Gift juggles the thorny moral quandaries of Edgerton’s scripts for The Square and Felony and the empty jump scares of its producer Jason Blum’s horror movies Sinister and Insidious with the more relaxed beats of a domestic drama.

The casting is impeccable: Jason Bateman and Rebecca Hall are Simon and Robyn, newly arrived in Los Angeles, where he’s chasing a big promotion. At a mall, they run into the awkward Gordo (Edgerton), who says he went to high school with Simon.

Before too long, Gordo is befriending the lonely Robyn, which leads to a series of increasingly creepy incidents that never go quite where you think they will – and to a payoff that doesn’t land nearly as well as Edgerton thinks it does. (Or at all, really.)

So, no. The Gift doesn’t come out of the dive. It smacks straight into the ground.