NOW MagazineCultureTheatre>>> The Glass Menagerie gets a polished modern update

>>> The Glass Menagerie gets a polished modern update 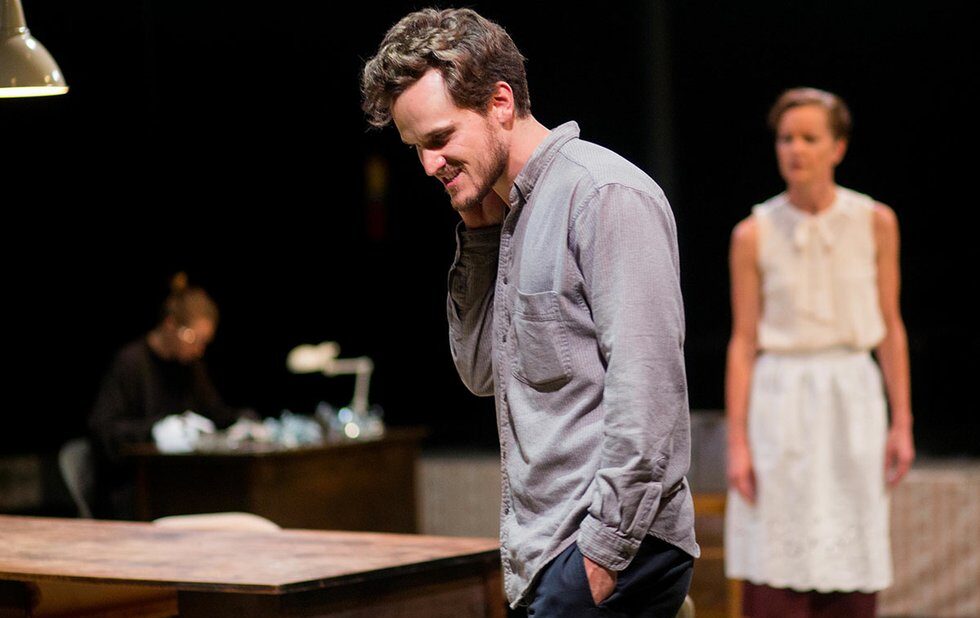 Director Philip McKee breathes new life into this American classic with a compelling quasi-update that subtly blends elements from the 1930s with a few from the 1990s.

Without departing radically from the text, McKee selectively builds on the original it’s still the hazy memoir of Tom (James Graham), a former St. Louis factory worker, about coping with the oppressive dynamic in his family’s tiny apartment where his overbearing single mother, Amanda (Tracey Hoyt), a relic of the southern gentry, obsesses over finding a “gentleman caller” for his introverted older sister, Laura (Hannah Spear).

The few anachronistic elements incorporated into the set design, like a CD player in place of the family’s old Victrola and a touch-tone land line telephone, coexist with talk of typing classes, revolution in Spain, Neville Chamberlain and a blighted U.S. economy.

The risky mixture works, partly because Tom, the narrator, frames the action at the outset as a dream play mixing truth and illusion, and because suggestive (and at times quite humorous) hints of the future continually provoke an ongoing meta-comparison of past and present – a theme at the forefront of the play’s inter-generational conflict. When McKee does augment the script, the changes are clever and well thought out.

With the audience seated in a square surrounding and overlooking the Theatre Centre Incubator’s sunken stage space, the view of the family’s modest apartment and the fiery psychological combat that unfolds feel extremely intimate – literally a fly-on-the-wall perspective.

To make a masterpiece feel new, relevant and exciting without resorting to a complete overhaul is a rare thing. McKee and the cast succeed by finding resonances in the most powerful moments that amplify rather than reorient the spirit of Williams’s work for a modern audience.