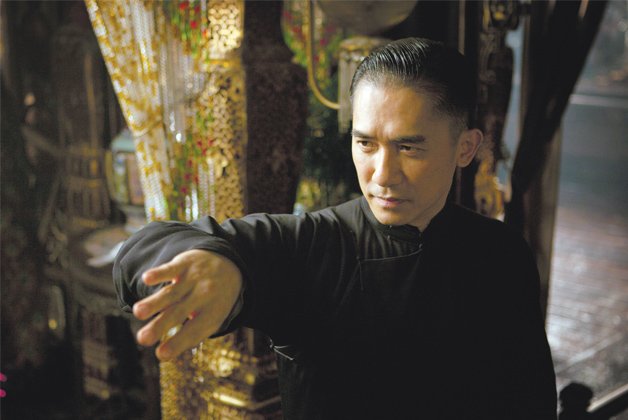 Tony Leung tries to discover what happened to The Grandmasters missing footage.

When Wong Kar-wai brought The Grandmaster to the Berlin Film Festival earlier this year, it was two hours and 13 minutes long.

The North American release version runs almost half an hour shorter, thanks to the interference of Harvey Weinstein, who feels compelled to slice at least 20 minutes out of everything he acquires, whether it needs cutting or not. It’s an unnecessary butchery of what looks to have been a splendid, involving epic.

The film lavishly tells the story of legendary Chinese martial artist Ip Man (Tony Leung, a frequent collaborator of Wong’s), who famously refused to cooperate with the Japanese invaders in the 1930s. While teaching in Hong Kong in the 50s, he found himself shut out of his homeland when China closed its borders.

The domestic version scatters that information in text screens between beautifully photographed fight sequences and occasional longing looks between Ip and Gong Er (Zhang Ziyi), a northern martial artist and doctor who makes an instant emotional connection with Ip but can’t act on it.

I don’t know how the original film played – though you can be damn sure I’ll be buying the Chinese Blu-ray disc to find out. This version is watchable, but something’s definitely off. It’s clumsy in a way Wong’s films never are.