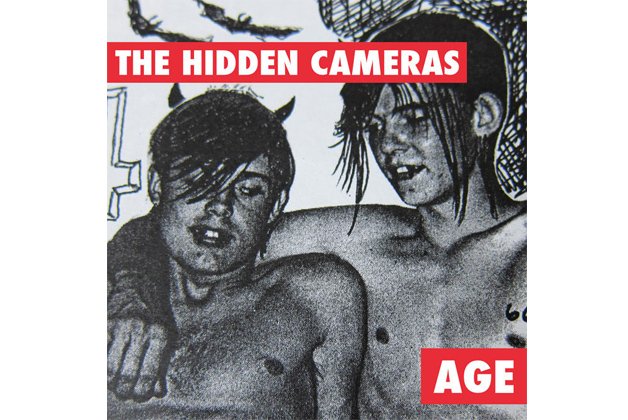 The Hidden Cameras are not the same indie pop band they were five years ago. Since the release of Origin: Orphan in 2009, Toronto’s eccentric orchestra – led by glittery shaman Joel Gibb – sounds younger, edgier, cooler. Appropriately, Age is Gibb’s coming-of-age story, weaving a narrative that shows an experimental side of the frontman we’ve never seen before.

Opener Skin & Leather sounds like their typical fare at first (cue the melodic backing choir and boisterous string section), but a newfound urgency takes the song from cutesy to call to arms. Likewise, on Gay Goth Scene, which Gibb wrote 10 years ago at his mother’s house, the razor-sharp violins are dulled only by his even sharper tongue.

Like any growth spurt, Age contains the obligatory awkward phases, like the reggae-inflected Afterparty. But the Hidden Cameras have always taken risks, and this time the payoffs are much bigger.

Top track: Ordinary Over You