>>> Hogtown pours on the fun 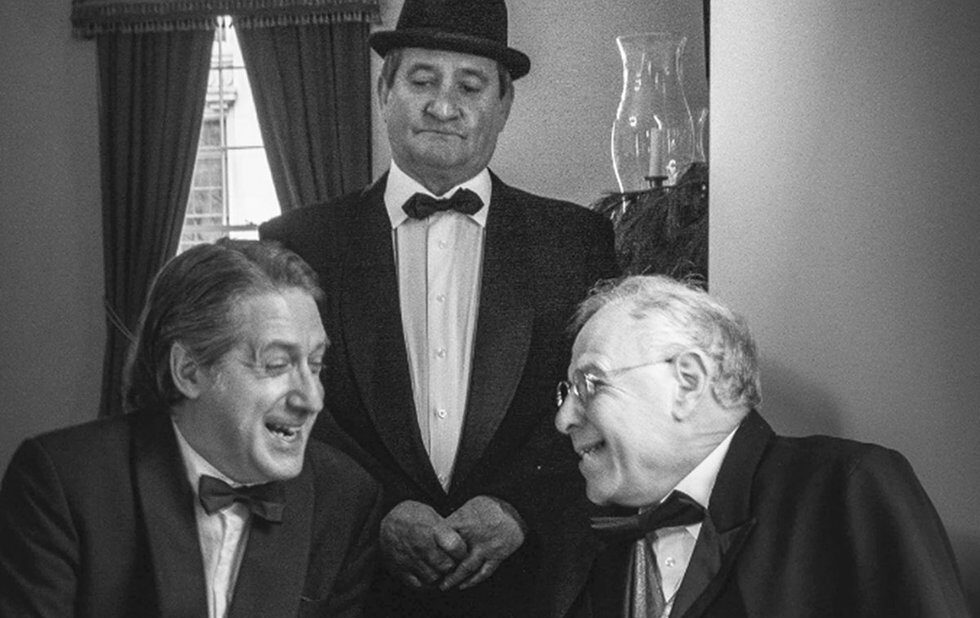 Jerome Bourgault as the mayor (left)

This immersive theatre production takes you back to Prohibition-era 1926.

Minutes before the performance at Campbell House Museum, a cluster of Women’s Christian Temperance Union members start picketing in front of the entrance. You have to wade through them to get inside, where you’re immediately hit up by campaigners for two mayoralty candidates, Sam McBride (David Rosser) and incumbent Thomas Foster (Jerome Bourgault).

Some sexy jazz wafts up from the basement, and you realize why those protesters were picketing. Booze and prostitutes are for sale in the speakeasy.

Soon you’re herded into the main hall and fan out (with help from the cast) into various rooms to get the story. In the dining room, McBride and Foster battle for votes and influence with union leader Tom Delacourt (David Keeley) and Lol Solman (Allan Price), who has plans to to build a new stadium. Upstairs in the ballroom, the WCTU pursues its campaign. In the games room, the police chief (Robert Clarke) colludes with gangster Tracy Doyle (Dov Mickelson), while downstairs, a pregnant Maddy Foster (Gabi Epstein) sings at the club and then gets help from a committed physician Libby Prowse (Lori Nancy Kalamanski).

Buttressed by energetic songs and dance by Paul Humphrey and Nicola Pantin, it’s an exhilarating experience.

If anything, the brainchild of Sam Rosenthal and Drew Carnwath, who also plays Telegram journalist Ben Stein, is almost too enticing. After the stories are introduced, audience members are free to wander the house to listen in on the conversations.

You win wherever you go. In the games room, Dr. Prowse negotiates with Doyle to get more money for the sex workers, the Busch brothers promote their moonshine, and a guy who tried to use loaded dice gets his fingers broken. Stein was courting candidate McBride’s daughter in the sitting room. And upstairs in the bedroom, Maddywas getting rejected by her lover, who didn’t believe her baby was his.

But you lose, too, worrying that you’re missing something somewhere else. For example, I never got back to the dining room where the candidates were politicking, so when we were given the ending of the story, I wasn’t quite sure how we got there.

But the performances by the 34-member cast are excellent, especially Epstein as the all-suffering wayward Maddy, Mickelson as the menacing thug and the charismatic Keeley as the union boss with all the power.

And the time travelling – based on historical fact – is a gas.