This sequel's on Fire 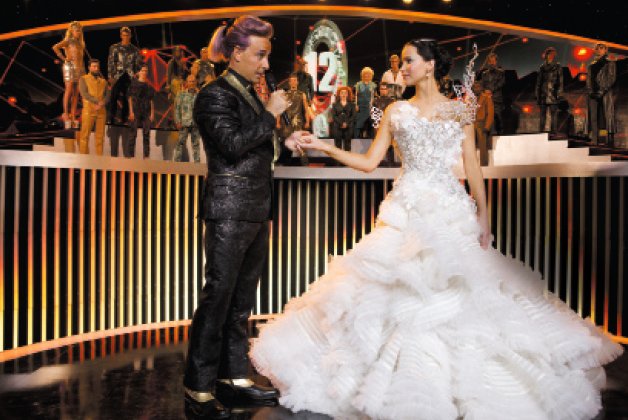 Stanley Tucci and Jennifer Lawrence should catch fire at the box office.

So much for the Oscar curse. Used to be you could count on an actor to appear in a piece of total crap following an Oscar victory. But with Hunger Games: Catching Fire, Jennifer Lawrence defies that trend.

There are several reasons why this instalment of the franchise is so much better than the first.

It starts with a script. This one doesn’t have to worry so much about set-up. We learned from Part 1 that 12 districts toil under brutal conditions to serve the rich 1 per cent in the Capitol – portrayed in long, elaborate but disappointingly designed sequences.

Catching Fire doesn’t need extensive exposition about the Hunger Games, the ultimate arena competition in which a male and a female from every district fight to the death until just one person is left standing.

Katniss (Lawrence) and Peeta (Josh Hutcherson), who fooled the authorities into letting them both win the 74th Hunger Games, are miserable faking their love relationship. But they have given the downtrodden hope, and revolution is in the air.

Infuriated, President Snow (the fabulously malevolent Donald Sutherland) plans to discourage the rebels by creating a special 75th Hunger Games, using the winners of the previous 24 games as competitors, a process guaranteed to eliminate 23 leaders.

In Part 1, director Gary Ross kept killing off the competitors in ways that ludicrously sanitized the violence. Here, Francis Lawrence savvily lets most of the killing happen off screen, thus keeping the rating he needs to rope in the teen fans without making the pic look ridiculous.

Part 2 also benefits from paying more attention to Katniss’s relationship with Gale, and that means more of the charismatic Liam Hemsworth.

Elizabeth Banks and Woody Harrelson are again excellent as Katniss and Peeta’s coaches, this time less silly and more emotionally connected to their charges.

And Lawrence is a knockout as Katniss. Able to play it red-hot angry and, well, just plain red hot, she gives the piece real heft.