NOW MagazineCultureTheatreThe Illusionists are like The Avengers without CGI 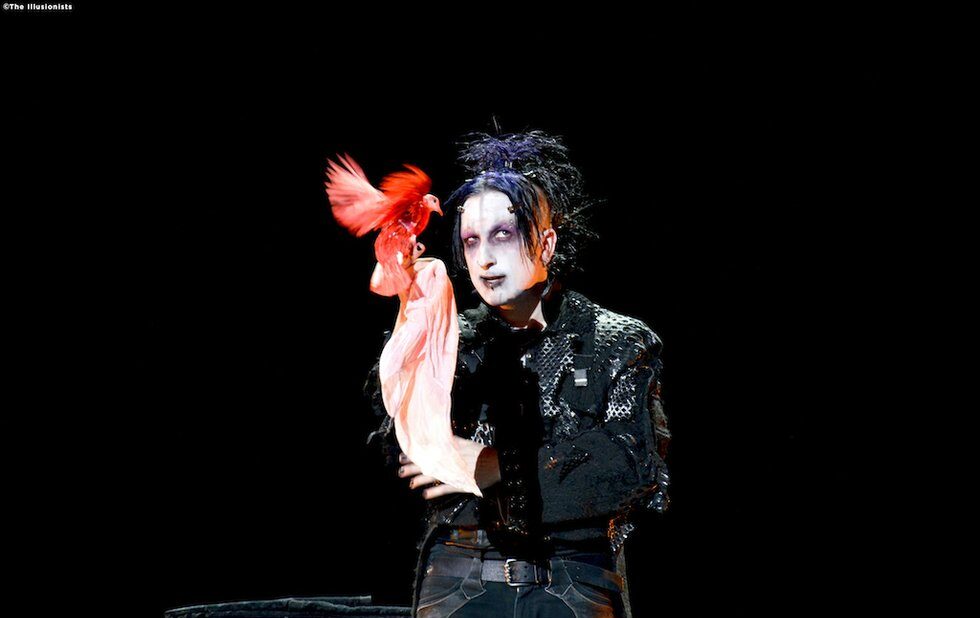 Torn about what to see during the holidays if youve already cracked The Nutcracker and witnessed the redemption of Ebenezer Scrooge?

Try a magic show. Theyre family friendly, relatively undemanding to watch, and certainly not sentimental. And hey, if youve drunk a little too much mulled wine, the acts will seem even more impressive.

Not that the folks from The Illusionists need any help in that department.

Seven of the worlds most distinctive, successful magicians have banded together in a sort of illusionist super group. Think The Avengers, with no CGI.

Theres Andrew Basso, dubbed The Escapologist, who performs without any obscuring curtain the same underwater trick that ultimately killed his idol, Harry Houdini theres The Deductionist, Colin Cloud, whose powers of observation and intuition will leave you thinking, maybe even shouting, WTF? and theres The Anti-Conjuror, Dan Sperry, whose Marilyn Manson vibe and penchant for enacting horrific tricks on his own body set him apart from his more traditional co-stars.

The show is subtitled Live From Broadway, but theres more of a Las Vegas feel to it, especially with the campy, innuendo-filled banter by Jeff Hobson, a.k.a. The Trickster, and the bizarre, underused appearance of an ensemble of dancers/assistants.

Unfortunately, because of the size of the venue and the production some of the shows more intimate acts fail to register very powerfully. Even when projected onto a big screen, Yu Ho-Jins sleight of hand material, although performed with elegance, feel underwhelming.

And while we have to wait until act two to see what Canadas own star magician, Darcy Oake, can do, his enigmatic act seems to be over before its begun.

Plus, there doesnt seem to be any shape to the production, resulting in a show that lacks a climax and simply… ends.

Still, there are enough entertaining moments thatll have you wondering How did they do that? while leaving the theatre. Talk about holiday magic.