Why the #imagineOct20th Dump Harper concerts are misguided

Series backed by Feist, The Sadies, David Usher and more plays into embattled PM Stephen Harper's hands by promoting "anyone but Harper" message 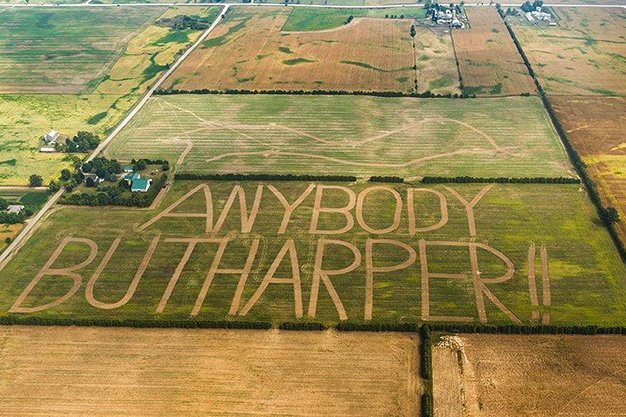 I’m probably going to piss off some really good old friends, some new friends and a long-time hockey rival (I’m looking at you, Dave Bidini), but I think the #imagineOct20th Dump Harper concerts are wrongheaded.

An impressive array of major Canadian talent – and great people – are playing a series of concerts across the country, including at Toronto’s 918 Bathurst on September 30. Needless to say, I’m all for dumping Stephen Harper, a prime minister who has brought shame on Canada’s reputation and scandal to both houses of Parliament. He has mismanaged the economy and pursued a foreign policy that has dramatically increased the risk of acts of terrorism against Canada.

But the concert organizers are inadvertently falling right into Harper’s trap: this is not the election for the progressive vote to be split by two national parties, NDP and Liberals, and one aspiring national party, the still imaginary Greens.

If you are a Green supporter, you should vote NDP this time because the Dippers are the only party that is credibly committed to proportional representation. An NDP win will insure that no votes are wasted in future elections and that tiny parties like the Greens actually see their vote translate into seats in Parliament.

That’s impossible under the current first-past-the-post system, one the Liberals were happy to leave unchanged during their decades in power. They never had much use for electoral change. Only now, when they’re desperate to crawl out of third-party status in the House, have they had a (political) deathbed revelation and decided they’re committed to “exploring” our outdated voting rules.

Actually, the Liberals say all kinds of great things when they’re campaigning, but there is no reason to believe things will change should they steal victory this time.

Former Liberal PM Paul Martin’s most progressive budget ideas emerged as he was about to be voted out of office and desperate to co-opt progressives afraid of Harper. Sound familiar?

I wish #imagineOct20th were designed to get out the youth vote for the party most likely to defend their interests. This is not the time to water down the vote with “anybody but Harper” sentiment. It’s time to consolidate the vote behind Canada’s true progressive party, one with a consistent history of taking courageous and forward-thinking stands on tough issues, like opposing Bill C-51 and the bombing campaign against ISIS in the Middle East.

It’s time to see what this party of promise can actually do when given the keys to government. Well-intentioned calls for anybody but Harper could actually scuttle this historic opportunity.

I salute the intentions of the great musicians and people behind the #imagineOct20th concerts I just think Harper is smiling at the prospect of this vote-splitting initiative.

Best wishes to my friends behind these shows. And Bidini, I’ll see you on the ice. I will, of course, be playing left wing.