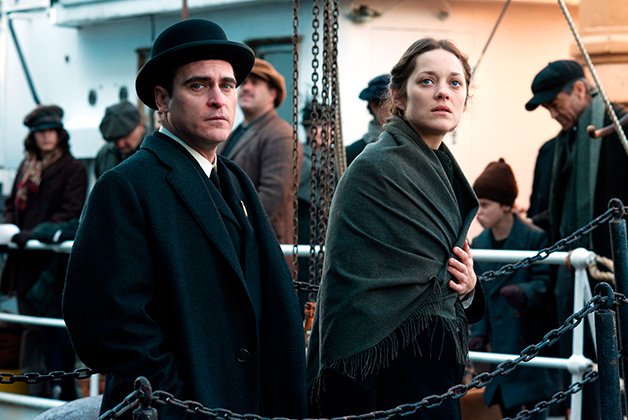 Joaquin Phoenix and Marion Cotillard bring layers of complexity to The Immigrant.

James Gray’s The Immigrant feels like a conscious attempt to do for the pre-Code morality picture what Todd Haynes’s Far From Heaven did for the Douglas Sirk melodrama. It revisits an earlier sub-genre with a modern intelligence, unpacking the images and plots to reveal its underlying social and dramatic elements.

The Immigrant is set in the winter of 1921, as Polish refugee Ewa (Marion Cotillard) arrives at Ellis Island and is separated from her ailing sister. Ewa is taken in by a violent hustler (Joaquin Phoenix) who exploits her a chance meeting with a charming stage magician (Jeremy Renner) offers her a glimmer of hope.

Gray strikes a measured, almost ascetic tone, letting Darius Khondji’s meticulous camera set the scene, and the actors play it out perfectly. Cotillard conveys complex emotional shifts in the flicker of an eyelid, and Phoenix and Renner invest their stock characters with ambiguity and humanity. There’s much more here than a simple tale of good and evil.