The importance of being earnest: 2015’s music activism 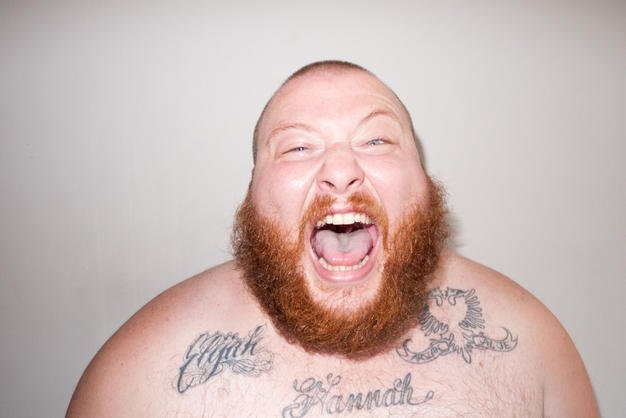 There was a time (the 70s) when Jimmy Page could date a 14-year-old and face zero public outrage. All in the name of rock ‘n’ roll, of course. Thankfully, that time is no longer. In fact, it felt like something shifted in public consciousness this year, both on a large scale, thanks to thinkers like Jessica Hopper using social media to expose sexism in the music industry, and on a local scale, with Toronto music fans getting way vocal on a lot of fronts.

Petitions.org was concerned citizens’ go-to tool for raising awareness about and gathering support against a number of acts. Some campaigns to cancel shows were more successful than others. In January, a petition against Iggy Azalea over charges of racism gained just 252 supporters. Azalea eventually cancelled her tour anyway over a “creative change of heart.”

Come June, Erica Shiner’s petition denouncing rapper Action Bronson for glorifying gang-raping and murdering women gathered over 42,000 signatures and international coverage, resulting in NXNE moving his scheduled show from the public Yonge-Dundas Square to a ticketed venue. In the end, an incensed Bronson refused to appear at all.

August saw a petition against NYC street punks the Casualties, whose singer has had sexual assault accusations following him for years. Facing public pressure, local promoter Inertia Entertainment eventually cancelled the show after one of the openers dropped off the bill and 13 of the band’s other Canadian tour dates were canned.

On September 6, the shit list shifted away from musicians and toward Toronto’s larger scene, when a literal shit list (named after the band’s song) appeared in the women’s washroom at the L7 show at the Danforth Music Hall. It named at least five alleged sexual predators, their occupations and accusations, and others added more specifics to the original document. It spread like crazy through social media.

Hey, bands of white dudes: don’t name yourself Black Pussy. And if you do, don’t expect women to stay quiet about it. A petition to cancel the band’s American tour also gained interest north of the border, particularly in Ottawa, but their show at Sneaky Dee’s on May 14 went on without incident.

The five white men in Calgary post-punks Viet Cong faced criticism for their name at various points throughout this year, but it boiled over after local musician April Aliermo penned a September op-ed on Exclaim.ca that outlined why the name strikes so many as racist. The band agreed to change it, then spent the next three months continuing to tour as Viet Cong. Local promoter Jon McCurley, who refused to program the outfit at his Double Double Land, organized a protest outside of Lee’s Palace during the band’s December shows.

Don’t think it was just a year of complaining. Many of these controversies prompted wider public action. In April, Wavelength spearheaded the well-attended Toronto Music City town hall, a conversation between various members of the music scene and city of Toronto music sector development officer Mike Tanner, where zoning issues came to the fore as key.

A panel on misogyny in music (that I moderated alongside panellists Anupa Mistry, Liisa Ladouceur and Dalton Higgins) took place during June’s NXNE, and in November, Music: Racism, Power & Privilege 101 had the Music Gallery so packed, dozens of people were turned away. Whether such panels will effect real change is TBD.

With 2015 having been a federal election year, we also got protest songs, most anti-Harper. Petra Glynt‘s moody summer jam Murder focused on Harper’s shoddy environmental record, Blue Rodeo gave us Stealin’ All My Dreams, about pipelines and scientist-muzzling, and the Thievin’ Harpers told us Harper’s Got To Go.

But our favourite came via Paul Kolinski, who strode through Kensington Market with drummer Dave Clark for the Vote That Fucker Out video. The song is a serious toe-tapper, the fact that Harper is never named gives it a universality, and the video is utterly Toronto. Best, it injected a much-needed dose of fun into a year that didn’t have much of it.