It's not a symbol of freedom, but it has some laughs 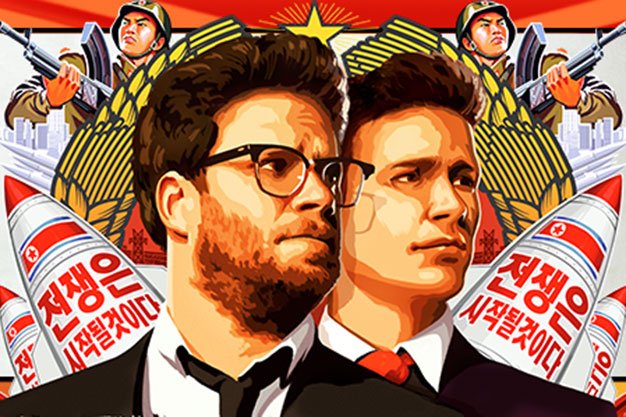 The biggest downside of the Sony hack and all the Guardians Of Peace bullshit is that people now need The Interview to be something it isn’t – a statement, a symbol, a really awesome comedy. It’s none of those things, but that’s okay. I liked it for what it is.

The Interview is a very silly movie that finds Seth Rogen and Evan Goldberg – the guys who studied the Rapture’s impact on famous people in This Is The End – indulging in another unlikely study of celebrity dynamics. This time, their very specific satire is couched in an espionage picture in which dimbulb TV journalist Dave Skylark (James Franco) and his more serious-minded producer Aaron Rapaport (Rogen) land a sit-down with Kim Jong-un (Randall Park) and are immediately tasked by the CIA to assassinate the North Korean dictator on the down-low.

As you may have heard, rumours of The Interview’s geopolitical importance have been ridiculously exaggerated Rogen and Goldberg, who developed the story with screenwriter Dan Sterling, aren’t out to deliver any kind of major moral statement, or provoke any insular dictatorships.

Instead, they’ve crafted a subversive character comedy that forgoes big punchlines for sharp little moments, using its master plot as a commentary on the relationship between celebrity interviewers and their subjects. Both the CIA and Kim’s North Korean underlings are obsessed with how Dave and Aaron should act during their face time with the big star.

(Rogen has clearly been paying attention on all of those red carpets and press junkets, by the way The Interview is much sharper and funnier about an A-lister’s relationship to the press than Chris Rock’s Top Five.)

Rogen expands on his personal brand of nervous vulnerability while Franco finds ways to show us new angles on Skylark, a character who’s basically a human cocker spaniel – but the real standouts of The Interview are Park, who manages to make Kim Jong-un as interesting to us as he is to Dave Skylark, and Vancouver sketch comic Diana Bang, who has an awful lot of fun as Kim’s hard-core propaganda agent.