The JOBS Act for Canada?

So Barack Obama signed the Jumpstart Our Business Startups Act into law. Now what?The JOBS Act, as per its bacronym,. 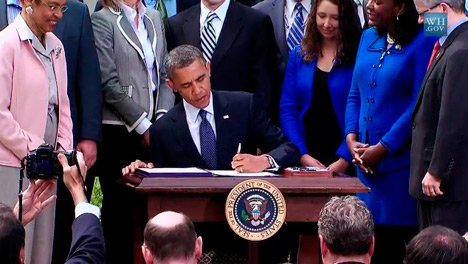 So Barack Obama signed the Jumpstart Our Business Startups Act into law. Now what?

The JOBS Act, as per its bacronym, is especially interesting to the technology sector for its “crowdfunding” section. It enlarges the field of potential investors in early-stage companies, from accredited investors (those making a minimum of about $200,000 a year) to anyone at all.

Is this a good idea for Canada? Check the pros and cons.

Start-ups in Toronto aren’t exactly broken down at the side of the highway desperately waiting for a jump-start. But in order to keep pace with their American counterparts, they could use some juice.

It all comes down to competitiveness. If the U.S. is giving breaks to its entrepreneurs, so should Canada.

Democratizing the process so regular people can invest 2 to 10 per cent of their income in start-ups would help level the playing field.

Vancouver investor Mike Volker has been campaigning for crowdfunding here, advocating that we go even further than the JOBS Act by taking all caps off start-up investment.

“Entrepreneurs in Canada should at least have the same, preferably better, access to capital,” he writes in a post.

He’s got a point. Just look around Toronto for money to start a business. Commercial banks don’t deal with start-ups, and there are few angel investors and only a select group of incubators. And they will only look at a company with viable product already built out. So it can be a challenge.

This is simply a matter of keeping up with the JOBSes.

First of all, the JOBS Act is a misnomer, because it’s not really about employment.

“Most start-ups are having problems filling the job slots they have now,” argues Evan Prodromou, entrepreneur behind Montreal’s Status.net, on his website. “There aren’t any Ruby programmers walking around with a tin cup.”

So take the jobs part out of the equation and it becomes just a question of investment.

Prodromou says what the JOBS Act creates is a secondary market for investment – and one without regulation.

This system is “ripe for abuse,” he writes. “Don’t you want to own a part of the next Facebook?” will be the inevitable calling card of the tech hustler.

Even if there’s no outright fleecing, nine out of 10 start-ups fail. Right now, wealthy investors who fund these failures lose money. The JOBS Act shifts some of that risk onto Joe Average.

When the public starts losing money, and it inevitably will, investment in start-ups gets a bad name.

“It will make it harder, not easier, for entrepreneurs to raise money in the future,” Prodromou says, making the case that there’s enough money already without having go to the public.

So the JOBS Act focuses on problems – joblessness, investment – that aren’t necessarily there in the tech sector.

It will change the game, according to Obama. But isn’t it better for Canada to watch from the sidelines first before joining in?