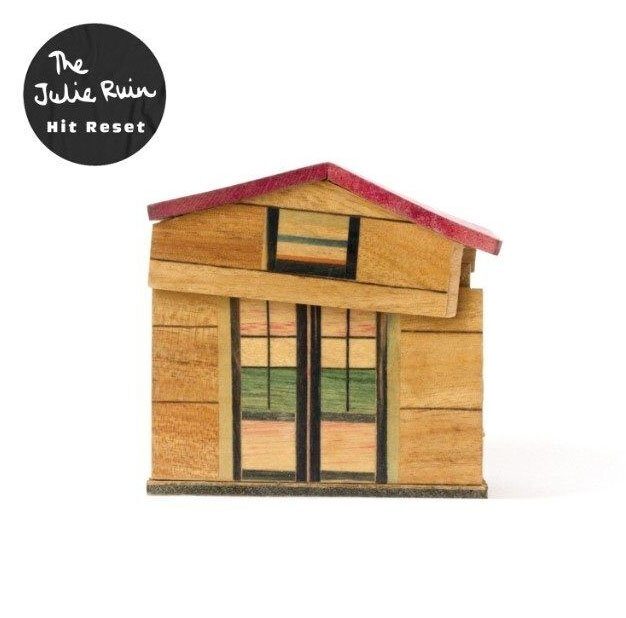 Kathleen Hanna is fully back in the public eye thanks to 2013 biographical documentary The Punk Singer and two albums by the Julie Ruin in three years. Despite a quiet spell during the late aughts (largely due to an off-and-on battle with Lyme disease), the 47-year-old feminist activist and former Bikini Kill and Le Tigre singer hasn’t become any less fierce. Hit Reset, the Julie Ruin’s second album, is super-spunky.

The New York City-based five-piece also includes former Bikini Kill bassist Kathi Wilcox, drummer Carmine Covelli, guitarist Sara Landeau and keyboardist Kenny Mellman, and together they make a kind of energetic indie pop with sharp edges and often scathing lyrics sung in a deceivingly upbeat way. This album tones down the punk and ups the danceability, as most of Hanna’s music has done since BK’s demise.

Her voice is loud in the mix, and it’s not for everyone: kinda nasal, raw, childlike and often pushing hard. It’s most appealing when she’s shouting or doing gang vocals – or maybe those moments just bring to mind her lo-fi Rebel Girl days. That’s the trouble, of course – it’s hard not to compare the Julie Ruin to her 90s Riot grrrl glory, a time when her woman-supporting, anti-violence, girls-to-the-front, pro-choice message was absolutely riveting. Those messages are, fortunately, more common now. So on Hit Reset it’s actually the tender moments that stand out. Let Me Go, for example, speaks to the anxiety-producing temporality of life, while closer Calverton is a full-on ballad.

But there’s still plenty of ’tude. Be Nice is dissonant and furious, with distorted vocals and unsettling background noises. Mr. So And So is told from the perspective of a male music fan who “loves girl bands” but isn’t all that respectful, while I’m Done, with its squishy synth lines and surf guitar, will make you want to holler along with Hanna’s rallying cry of “I’m doooooooooooone / I’m sick of waiting around to be heard!”