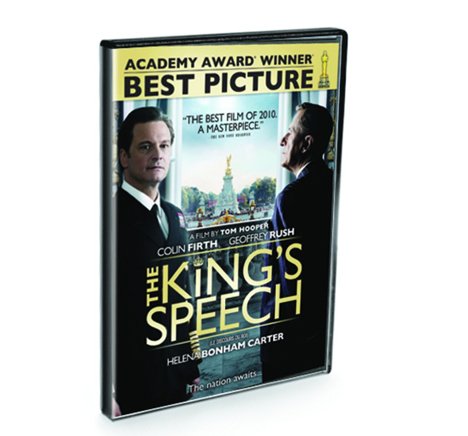 Colin Firth deserves his Oscar for The Kings Speech.

Colin Firth deserves his Oscar for The King’s Speech.

What makes The King’s Speech so watchable is the layered nature of the man and his dilemma. Bertie, the Duke of York, must engage in considerable public speaking, but he suffers from a stammer that causes him excruciating embarrassment, frustration and anger. He consults a speech therapist, a commoner of Australian descent who isn’t big on proper deference. The stakes get higher when he ascends the throne to become George VI – a job he believes he cannot do – and England heads toward WWII.

Colin Firth delivers all this conflicted emotion with remarkable English upper-class reticence. By contrast, Geoffrey Rush has a relatively simple job, but he brings Lionel Logue, the therapist, fully to life as an engaged professional, happy family man and disappointed Shakespearean actor.

They are surrounded by the cream of English actors, including Helena Bonham Carter as the Queen, Derek Jacobi as the Archbishop of Canterbury and Timothy Spall as Winston Churchill.

The story moves smoothly between the serious and the comic, the private and the public spheres. On his commentary, director Tom Hooper discusses finding that balance, as well as unobtrusive techniques for changing degrees of intimacy and subverting the usual approach to films about the Royals.