The Lady In Number 6: Music Saved My Life

The sustaining power of music 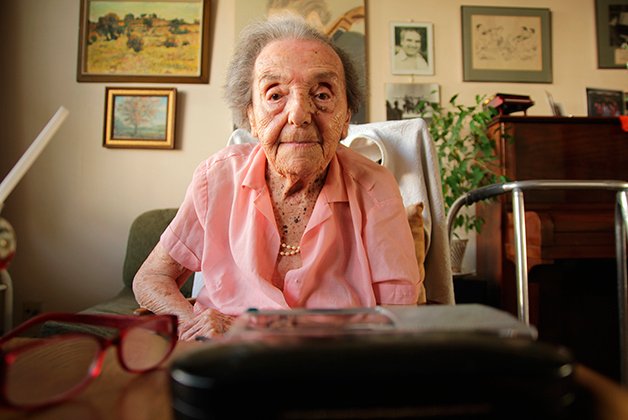 Director Malcolm Clarke keeps the focus on the relentlessly positive Herz-Sommer, whose trauma inside the Theresienstadt concentration camp was eased by her commitment to her music and the fact that she continued to play the piano while imprisoned.

In fact she was expected to. A strength of this 39-minute doc is its study of this particular camp, located in what is now the Czech Republic, which housed many accomplished artists and was used as a propaganda tool by the Nazis. They frequently released films of inmates performing for officers to allay suspicions that Jews were being slaughtered en masse.

But Herz-Sommer is the centrepiece, seen playing Mozart and Beethoven, not quite with the stellar precision of a young pianist but with passion – and by heart. Her testimonials to the power of music to sustain her throughout her life are gobsmackingly beautiful.

Opens at the Bloor Hot Docs Cinema Tuesday (May 13).