The Last Days On Mars 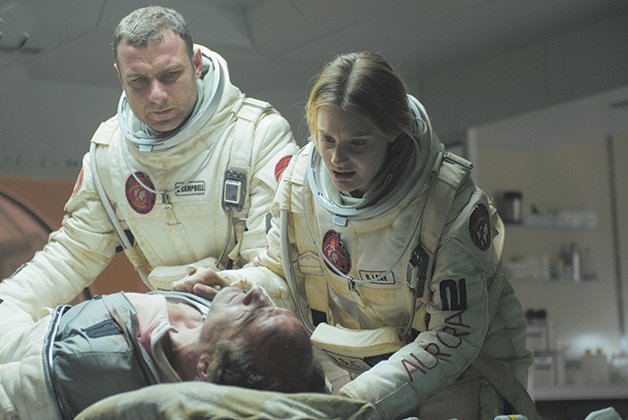 Liev Schreiber and Romola Garai tell Elias Koteas not to include The Last Days On Mars on his IMDB page.

In space, no one can hear you scream. Neither can they hear you groan and mutter, “This film is so damn derivative.”

That’s the verdict you’ll likely deliver midway through The Last Days On Mars, a sci-fi horror film that begins well enough but descends into total chaos.

A group of astronauts collecting samples on the Red Planet is a few hours away from returning to Earth when one of them discovers a mysterious phenomenon. Soon people are getting infected, cut off from mission control and scurrying through their spaceship’s corridors and hatches that seem lifted – just like the plot – from Alien.

This would all be straight-to-DVD fodder if not for the cast, which includes a drolly amusing Liev Schrieber, a having-fun-as-the-ship’s-bitch Olivia Williams, an unintentionally spaced-out Romola Garai and Canadian Elias (remember, he was going to be the next De Niro?) Koteas.

If only they had characters to play, this mission might not be such an utter failure.