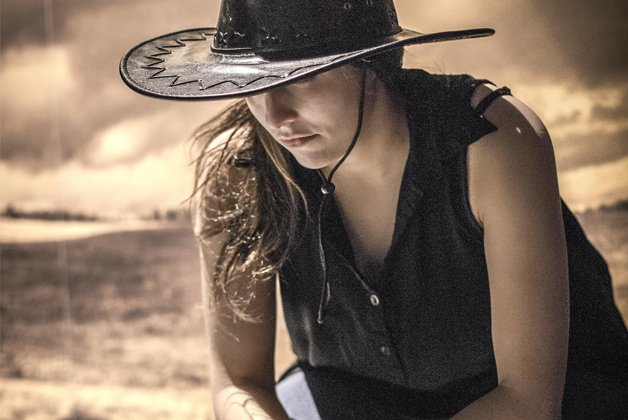 The Last Seven Steps Of Bartholomew

Sometimes the journey is more important than the destination, which is the case with The Last Seven Steps Of Bartholomew S., an exciting new production at the Bata Shoe Museum.

It’s no surprise to find theatre staged environmentally in local museums. Campbell House has been doing it for years, and Mackenzie House recently got into the act with Firebrand. But Last Seven Steps is a first for the Bata.

Created specifically for the museum by writer/director Daniele Bartolini, one of the artists who developed Midway Along The Journey Of Our Life (SummerWorks 2013), the walkabout show asks the audience to follow in the footsteps of the possibly mythical title character, whose words and shoes we find in different galleries.

Divided into groups and seeing several but not all of the production’s four episodes, we meet a variety of characters who swear they’ve had contact with Bartholomew, though no one can describe him. You might encounter a man laid out on an exhibition-room floor (Rory de Brouwer), a bar owner in the Wild West (Danya Buonastella) and another fellow (Rob Feetham) who suggests that one of our number might be Bartholomew himself.

This isn’t just a site-specific show, but also an interactive one. Viewers are part of the action, though not in an intrusive or embarrassing way. Be ready to play along with those around you. I felt like I was literally in one of my iPad fantasy games looking for clues and trying to discover teased-out information about the mysterious Bartholomew S., who’s always one step ahead of us.

Expect an evening of footsteps, more questions than answers, playing cards and dark rooms lit by flashlights. Oh, and of course shoes, since the museum is devoted to them and they inspired the individual scenes, developed by Bartolini with the performers. You’ll see a number of pairs, shoes that take some on their first steps and some on their last.