The Legend Of Tarzan won’t make you go ape

He Tarzan, we bored 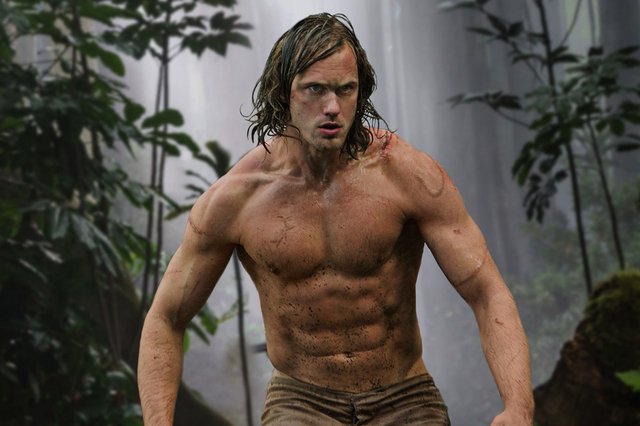 Alexander Skarsgård shows off his abs as Tarzan.

Earlier this year, Disney’s live-action adaptation of The Jungle Book sidestepped controversy by neutering some of the colonialist attitudes and racial tropes from the original text – no minstrelsy from King Louie this time around.

The Legend Of Tarzan goes a different route, tackling its “white saviour” narrative head-on, while also reinforcing it.

When we meet him, Alexander Skarsgård’s finely sculpted “King of the Jungle” is already living in comfy European digs alongside his wife, Jane (Margot Robbie). But then Samuel L. Jackson shows up playing an American Civil War vet who assures Tarzan that a trip back to Africa is all kinds of righteous and PC.

Tarzan doesn’t swing into action so much as tip-toe around his imperialist birthright before getting tangled up in a plot about sinister Belgians (led by Christoph Waltz), blood diamonds and slavery in the Congo.

If Tarzan can free slaves, then maybe his conquering of the jungle, its people and beasts won’t look so bad.

Director David Yates and his writers (among them Hustle & Flow’s Craig Brewer) make a valiant effort to re-evaluate Tarzan and retrofit him as 21st-century franchise fare.

The whole thing is too laborious to be any fun. By the time, Tarzan flexes for a smackdown with a CGI ape, the momentum is gone, killed by white guilt.