Ionesco's chilling tale of a prof and his student gets physical 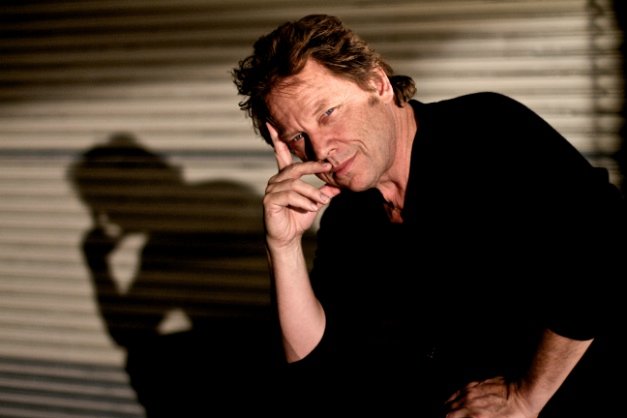 The power dynamics between student and instructor are at the centre of Eugene Ionesco’s classic absurdist play The Lesson, but the true message of the show reaches beyond the classroom.

A young and confident pupil arrives at a timid professor’s house to be tutored for her doctorate. Over the next hour, status and personalities shift and the action turns violent as the professor leads his student through the basics of mathematics and linguistics.

Modern Times Stage Company’s Soheil Parsa – who a decade ago scored a hit with another Ionesco play, The Chairs – gives the tale a distinctive twist, one that uses movement as well as text to emphasize its sense of anxiety.

He’s cast Michelle Monteith and David Ferry as pupil and prof, which is sure to up the play’s sensual tension. The two actors, who last appeared together in Blasted, helped make that award-winning production an incendiary one.

“The challenge for the actors is how to access the material,” says Ferry. “Filled with artifice, it’s hardly a naturalistic piece. We asked Soheil to give us a single question to contemplate in tackling the play, and he came up with ‘why do people create dictators?'”

For all of its bizarre and sometimes laughable logic – Ionesco subtitled The Lesson “a comic drama” – Ferry sees the play as an insightful piece about language.

“It examines language as a weapon to confuse and befuddle others it’s used both as a means to claim power for oneself and to strip it from others. By the end, the action has moved beyond the professor’s office into a larger sphere, one where ideologues, dogmatic and uncompromising about what they believe in, can do whatever they want if society permits them.”

The trick for Ferry is to convince us of the professor’s 180-degree turn, from meek to menacing. His relationship changes not only in respect to his student but also his all-knowing maid.

“I saw a French production of the play in Paris last Christmas, in a theatre where it’s been running for 60 years. The actors had changed, of course the woman playing the maid had, 30 years earlier, been the pupil. I thought the production might be stale after all this time, but in fact it was very alive, fresh and funny.”

Ionesco himself performed the professor years ago, which Ferry keeps in mind when he’s cursing the playwright for writing such difficult lines to memorize.

“I thought at first that he must have hated actors,” he laughs, “Because what I have to learn is so mean: list after list, with the same words in different orders. Actors often try to find a logic in what they memorize to give it sense and have some help in recalling the material, but this script has the logic of Alice Through The Looking Glass. I’ve never had such a hard text to learn it’s easy to jump three pages of dialogue because speeches often begin with similar words.”

Parsa’s upped the ante by giving the production a physical life, too. Working with movement coach Thomas Morgan Jones, members of the company have sometimes literally felt carried away.

“Working with Thomas has been about body shapes, how we walk, the angles at which we hold ourselves when we’re still. My professor is someone who loves being in his black robes, an absent-minded sort who wouldn’t be aware of the egg stains running down their front he’s in love with the past and tradition.

“I’ve drawn on my own teachers in Newfoundland denominational schools, who walked down the hall with robes that gave them a sense of importance, even if” – he demonstrates here – “They walk in small, careful steps, looking down at their feet.”

Ferry ends by comparing his character to a bird: “He’s a chicken at the start but finishes as a big, nasty crow.”