The Little Rascals Save The Day

THE LITTLE RASCALS SAVE THE DAY (Universal, 2014). 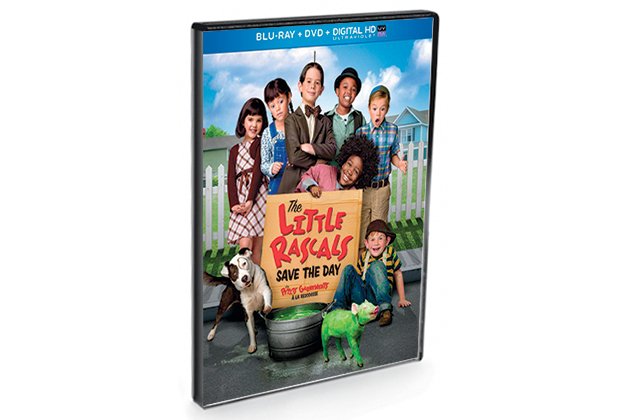 It’s no Three Stooges. This is because idiocy is eternal, but cuteness shifts with the times. So Chloë Grace Moretz blowing away baddies in Kick-Ass is the epitome of moppet adorability, but the antics of Jet Jurgensmeyer, Drew Justice and the rest in The Little Rascals Save The Day are enough to gag a buzzard.

It isn’t the kids’ fault. Adult actors can learn other adult actors’ worked-out routines, which is why The Three Stooges redo worked. But the original Rascals, which ran as a string of shorts from 1922 to 1938, featured kids acting more or less naturally. This version has contemporary child actors trying to recreate that style. The results are deeply cringeworthy.

The plot – the gang tries to raise money to save Granny’s bakery – is an excuse for weak slapstick set pieces that fail to provoke even a smile.

The extras’ gag reel, with kids goofing between takes, is funnier than the movie.