THE LOVE PUNCH written and directed by Joel. 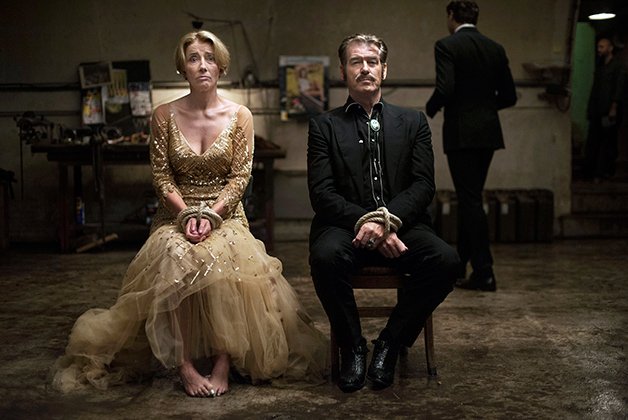 Emma Thompson and Pierce Brosnan play divorced Brits who reunite to get payback from the slimy French businessman who scammed them out of their life savings. This involves flying down to the Côte d’Azur, impersonating Texans to crash a wedding and attempting to steal a $10 million diamond.

The script is ludicrous, full of plot holes and unfunny jokes about physical ailments, and Joel Hopkins’s direction feels laboured. (His Last Chance Harvey, also with Thompson, was much more graceful.)

But the two leads, along with Celia Imrie and Timothy Spall as their best friends, seem up for anything, and their enthusiasm carries the picture along. Look for two amusing running gags, one involving a character’s exciting past, the other involving Skype.