The Magic Flute could be more enchanting 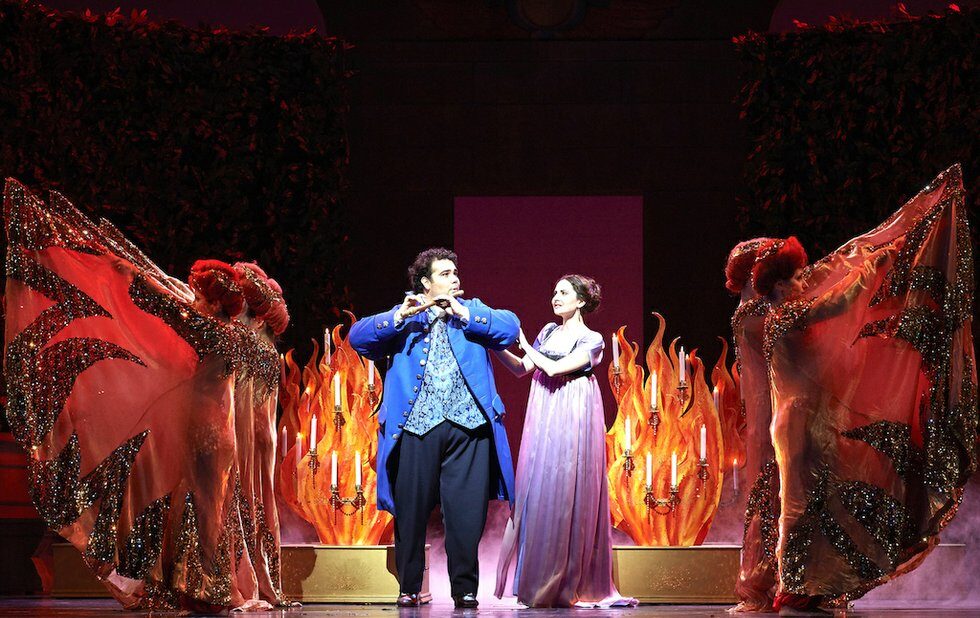 Mozarts The Magic Flute is an easy crowd-pleaser. Its mysterious fairy tale story and stream of melodies never fail to strike a chord. But its hard to evoke true stage magic, and alas, this 2011 production, originally directed by Diane Paulus (and directed here in the revival by Ashlie Corcoran) could be more enchanting.

For one thing, Pauluss idea of presenting the piece as an opera-within-an opera begins well but soon collapses in illogic. And there are odd inconsistencies in the staging, including a final celebratory scene that defies understanding. Why are the villains there?

But maybe we shouldnt look for sense in an opera that includes three-headed serpents, trials by fire and water (nicely evoked by Myung Hee Chos sets and costumes) and an irksome misogynist plot that draws from the rites and rituals of Freemasonry.

Better to focus on the music, performed here by a mostly Canadian cast with energy and pluck.

Andrew Haji makes a sweet-voiced, ardent Tamino Joshua Hopkins delivers the best performance of the night as the randy bird-catcher Papageno Goran Juric uses his mellifluous, resonant bass to great effect as Sarastro Michael Colvin grasps the spirit of baddy Monastatos Elena Tsallagovas Pamina is characterful, resourceful and strong, clearly her mothers daughter and about that mom Ambur Braid makes the Queen of the Night both terrifying and sympathetic, her vocal fireworks all based in character.

Conductor Bernard Labadie delivers a solid reading of the score, and the chorus, under Sandra Horst, adds glorious texture and weight, especially in those spine-tingling moments involving Sarastros Temple.