On the evening of April 26, 2011, I went for drinks with a group of left-leaning councillors at the Marriott. 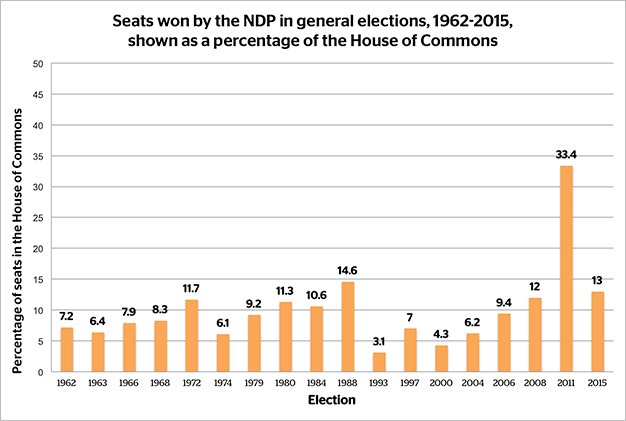 Following her defeat on election night

On the evening of April 26, 2011, I went for drinks with a group of left-leaning councillors at the Marriott across from City Hall on Bay Street. A drawn-out meeting of the Works Committee had concluded at 10:35 pm, and because it was a Tuesday, their usual pub was already closed.

Less than a week ahead of that years federal election, the municipal politicians were buoyant. At City Hall, progressives had been marginalized by a still-powerful Rob Ford, but in national politics, the NDP had never been more popular and was enjoying an unexpected surge.

Were goin to Stornoway! Mike Layton exclaimed, referring to the official residence of the leader of the Opposition. It was the next step in a decade-long path that had been charted out by his father, then-NDP eader Jack Layton, to bring the New Democrats to power.

And so when the party seized 103 seats to displace the Liberals as the official Opposition in 2011, it was an explosion of expectations. Since its founding in 1961, the NDP had customarily held between 6 and 12 per cent of the House of Commons now, with the Orange Wave, it found itself with a third.

Well, you know what, its a disappointment, of course, he says when asked about the results: his party got drop-kicked down to 44 seats of the 338-seat House, behind the Liberal majority of 184 and the Conservative Opposition of 99.

Comparing the outcome to the most recent Ontario election when NDP support rushed to the Liberals to keep out Tim Hudaks Progressive Conservatives Layton remarks that people vote out of fear, and unfortunately you dont always get the best results in the end.

An equally apt analogy might be Torontos 2014 mayoral race, when the priority for many, if not most, voters was getting rid of Rob Ford. Although NDP-backed Olivia Chow entered that election as the front-runner, John Torys team knew that if he could break out ahead in the middle of the campaign, the anti-Ford momentum would gradually swing his way and carry him to the end.

A month and a half into the federal election, when NDP support started to slide in Quebec, it dislodged a three-way logjam, and the anyone-but-Conservative vote gravitated to the Liberals. Writing in the Globe, University of Waterloo professor Thomas Homer-Dixon, whose research focuses on the behaviours of complex systems, called it a remarkable example of collective or emergent group intelligence.

Its very rare, he wrote, to see a real-time coordination problem solved so fast by millions of people.

But its not that uncommon in politics, especially in first-past-the-post electoral systems, which encourage such manoeuvres. Because final seat counts largely reflect concentrations of support across quirks of geography, rather than popular approval, outsmarting the framework becomes de rigueur. (On Tuesday, prime minister-designate Justin Trudeau reaffirmed his partys commitment to changing the system in time for the next election.)

At various levels of government and in different years, the NDP has both benefited from and been hurt by this kind of mass shift. Party veterans recognize the cycles.

“I saw it coming a bit,” Chow says on Monday, shortly after conceding defeat in Spadina-Fort York to the Liberals’ Adam Vaughan. “You know, when you see a wave… Ive been around long enough to see it coming.” Her hand illustrates an ascendant arc followed by a dive.

(At this point, I should note that my partner works for the Ontario NDP and that the Unifor rep who handles NOW’s bargaining unit of which I am the chair took a leave to run Chow’s communications for the campaign.)

At the Garrison on Dundas west of Ossington, the mood gradually dampened at her election-night party: from pleasant before the polls closed to solemn once they did to outright funereal as it became apparent that all seven of the NDPs local incumbents were poised to lose their seats and the party would fail to gain elsewhere in the city.

When Chow the widow of Jack Layton and stepmother to Mike took the stage less than an hour after voting wrapped up, it was far sooner than the race was expected to be called. In the end, it wasnt at all close: Chow got 14,989 votes to Vaughans 29,814, or 27.4 per cent to his 54.5.

Ive been blessed with a long and rewarding career in public service, she tells the crowd. And Ive learned a few lessons the hard way. Even a joyful life is not without sad moments. . . . Even living with progressive values is not without challenges.

But, she adds, I have also learned from life and from Jack, after each of our partial victories and each of our temporary setbacks: we start over. Yes, we will.

In a subsequent scrum and interview, Chow says the movement to the Liberals became apparent to her while canvassing in the last two weeks, and there was nothing her own campaign could have done differently.

Even on the national scale, she thinks the party ran a good campaign, but there are some things that we cant really control, like the niqab issue.

Layton also doesn’t know what the NDP might have done.

By 11:30 pm, Vaughans party in the back room at the Rivoli is as bright, sweaty and boisterous as Chows was dark. The Liberals are as thrilled with the nights results as youd expect.

Vaughans busy receiving well-wishes from supporters, listening to Trudeaus victory speech and stealing moments with his family, so I dont manage to catch him before he leaves.

But on CBCs Metro Morning the next day, he dismisses the idea that voters rush to him was primarily a repudiation of Harper and a function of strategic voting. Rather, he says, people in Spadina-Fort York picked the Liberals over the NDP because of their respective platforms merits.

I think that when people had decided that change was gonna happen, he told host Matt Galloway, they embraced change that actually meant something, as opposed to simply change for the sake of change.

Back at Chows party, she paraphrases her late husband.

Regardless of this setback or the many little setbacks that you will face in the future, never, ever let them tell you that it cant be done.

A reporter later asks her what starting over looks like. I dont know yet, she says. Maybe a cold beer could be a start. 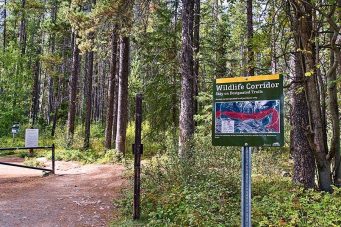