The new face of condo gyms

Fitness facilities are the hottest amenities in town, but not all are cut from the same cloth. We look at what “state of the art” really means, and some new developments making the most of the fitness craze 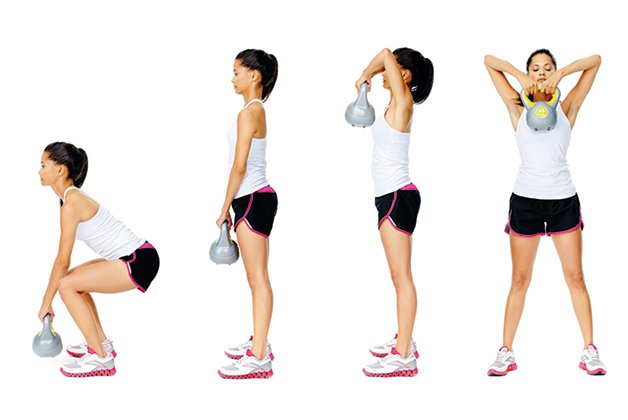 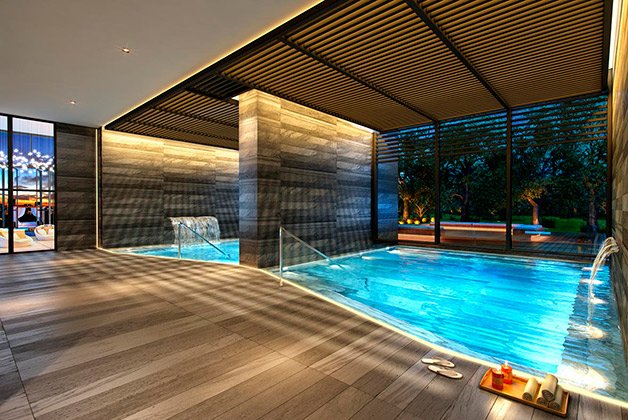 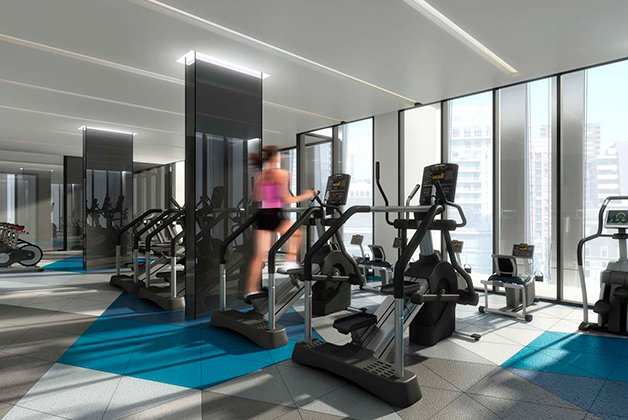 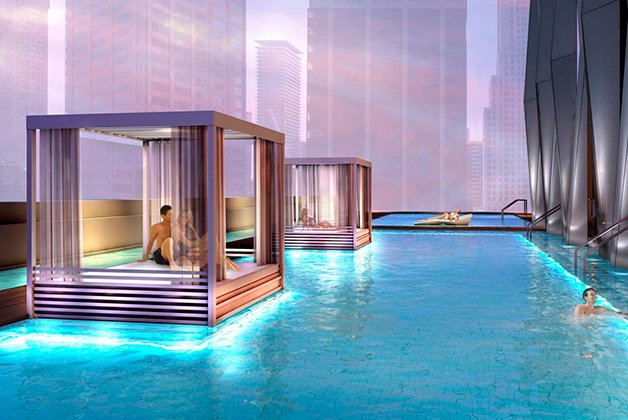 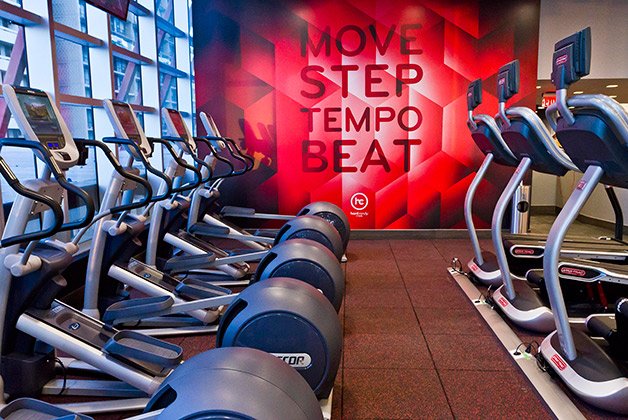 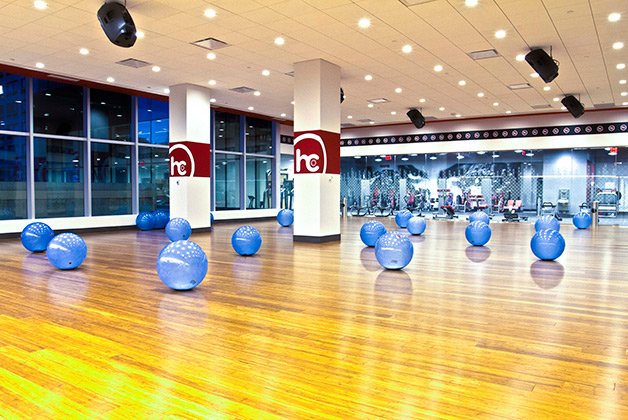 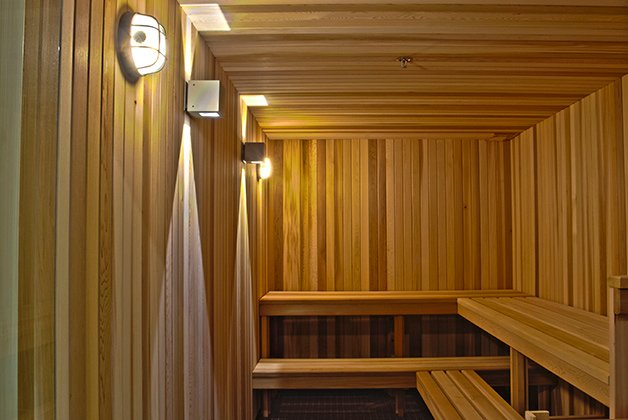 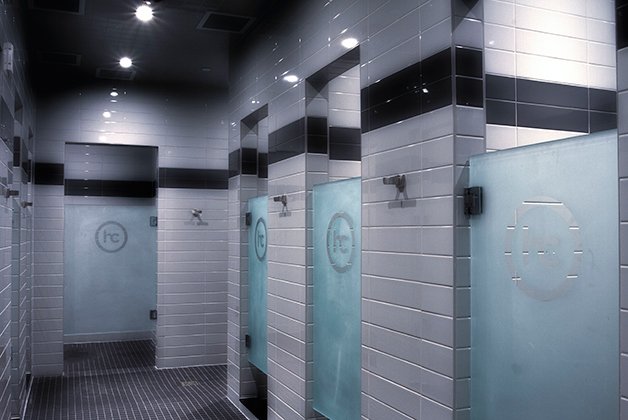 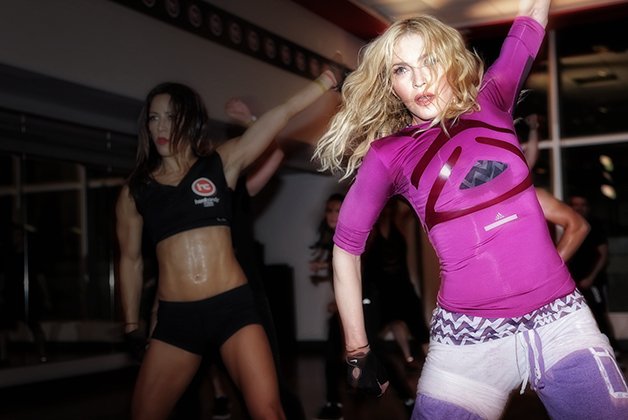 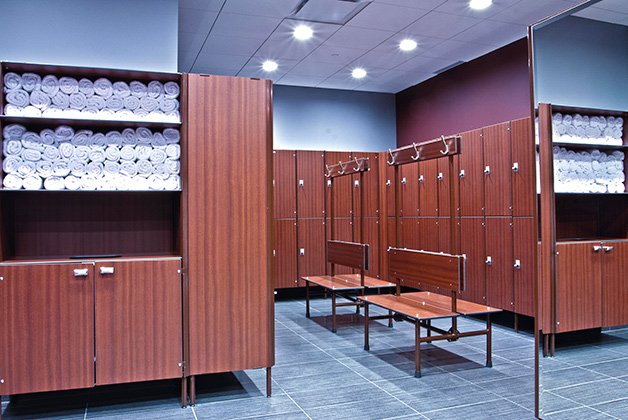 Walk into a condo gym in the downtown core and you’re lucky to find an empty treadmill. Or even enough personal space to stretch. Packed gyms and lines for cardio equipment are now the norm as Millennials trade in their big-box gym memberships for convenient fitness amenities just a few floors down. But it wasn’t always this way.

“Gyms used to be an afterthought for condos, leftover spaces in basements where they’d throw in an elliptical and a multi-gym. Now it’s the most-used amenity in any condo,” says Mark Stables, founder and CEO of Movement Haus, a consult service for condo gyms. “Today’s demographic, 20- and 30-somethings, they’re demanding the best. They’re well-educated and more design-savvy when it comes to fitness.”

But not all gyms are created equal. It’s often “buyer beware” in a marketplace where developers advertise state-of-the-art facilities on paper only to build gyms that more resemble broom closets than functional fitness centres.

“A lot of developers aren’t able to define what state-of-the-art means. It’s one of those terms that’s been thrown around for years now. What does state-of-the-art look like? What does it include? They can’t answer,” says Stables.

“Typically in condos, you need to dedicate a certain amount of public space to amenities. A gym is usually part of that, but it’s sort of forgotten, so you have big buildings with hundreds of units and small gyms with three treadmills,” says Ben Rogowski of local developer Canderel Residential.

I learned this the hard way. The building was still under construction last year when I moved into the King West Condominiums in Liberty Village, and I was naive enough to take the promise of luxury amenities at face value.

Not only was the number of exercise machines in relation to the massive building laughable, but it turned out the gym wasn’t properly soundproofed. The complaints from neighbouring units started in September, the gym’s hours were reduced in October and then further reduced in November to the point of rendering it practically useless.

Five months later, the developer still hasn’t sorted out the situation, and residents are stuck paying relatively high rents or, in the case of owners, condo fees for amenities we mostly can’t use.

“Noise is one of the chief complaints condo corporations bring to me when they want to redesign an existing fitness facility. It’s important to work with an acoustic engineer and bring good experience to the table,” says Stables.

Situations like this underline the importance of digging beneath developers’ “state of the art” and “luxury” come-ons. Look closely at building plans, ask the right questions and research the teams behind the design. Do these things and you might find condos that build great gyms.

1 Yorkville is a 50-storey, 622-unit condo whose developers invested in two floors of extravagant health and wellness amenities. The fourth floor is a 14,000-square-foot spa area complete with a steam room, juice bar and open-air cold plunge pool and hot tub – the only such unisex water circuit in the city.

One floor up is a 5,000-square-foot fitness area complete with fully equipped gym, yoga/dance studio and cross-fit studio. “People are a little tired of just walking on a treadmill or sitting on a bike. We want to give them options,” says Allen Chan, the interior designer for 1 Yorkville. “The developers wanted to create something that isn’t offered anywhere else. They were willing to dedicate this huge space to it, which is something you don’t see every day,”

Other builders, realizing residents’ gym expectations are surpassing the developers’ level of expertise, choose to bring in outside help.

Minto 30 Roe, a new building near Yonge and Eglinton, brought in Movement Haus, which handles the entire process from initial design consultation to operation of the fitness space. The Movement Haus team know exactly how many machines gyms need to serve residents and are well versed in the latest workout trends, so their gyms are on the cutting edge of function and design.

“I look at the demographic, the size of the building and where it’s located, then tell the developer what they need,” says Stables. “A condo gym in Yorkville with an older demographic needs to be equipped much differently than one like Minto 30 Roe, where the residents will be in their 20s and 30s.”

Minto 30 Roe has a 6,000-square-foot Movement Haus, which includes a one-of-a-kind “kinesis wall,” a spinning studio, “gravity reformer” machines for Pilates devotees and a WiFi-enabled cool-off room. “The space is huge, considering the number of units in the building. Most developers would’ve allotted maybe 1,500 square feet for a condo this size,” says Stables.

Canderel, the developers of mega-condo Aura at College Park, take another approach. They wanted to bring in a brand-name gym to fill the massive 42,000-square foot space they’d allocated for fitness.

“We have 1,000 units in this building, so we thought we had a real opportunity to do something special and not just build the regular run-of-the-mill facility,” says Rogowski

The gym owner/operator came in, got a vastly reduced rent and in return agreed to provide free access to Aura’s residents. “It’s a win-win situation for everyone, and the residents get an amenity that’s head-and-shoulders above what they’d get elsewhere,” says Rogowski.

Canderel was thrilled to hook Madonna’s Hard Candy Fitness, which made a serious investment in the space, decking it out with up-to-the-minute designer equipment, a unique functional training area, a high-tech spin studio that’s the largest in town, a group fitness studio, saunas, steam rooms, an outdoor terrace and more. Floor-to-ceiling windows surround the entire club.

When it came to the design, it was important to Hard Candy to create a community feel. “It’s a social atmosphere as well as a place to work out,” says operations manager Justin Elie.

In addition to communal spaces like the group workout studios and juice bar, Hard Candy’s speaker system and music selection are top of the line.

“It’s about that party vibe and the power of music. Because we do such a great job with it, a lot of clients take out their earphones and socialize with other members.”

But Aura residents needn’t worry about all that loud music. “The whole club is acoustically sound. We did a ton of research and planning, enlisting sound experts to figure out how we can play music with a lot of bass without bothering the neighbours,” says Elie.

With potential buyers and residents wising up to developers’ track records and doing more research, elite fitness centres like those at 1 Yorkville, Minto Roe 30 and Aura surely won’t be alone for long.

When it comes to condo gyms, the Millennial stereotype is, for once, on the nose: we do want it all. 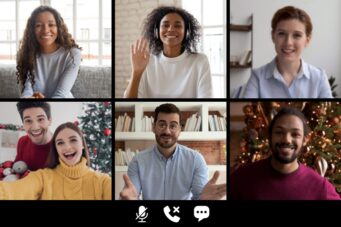