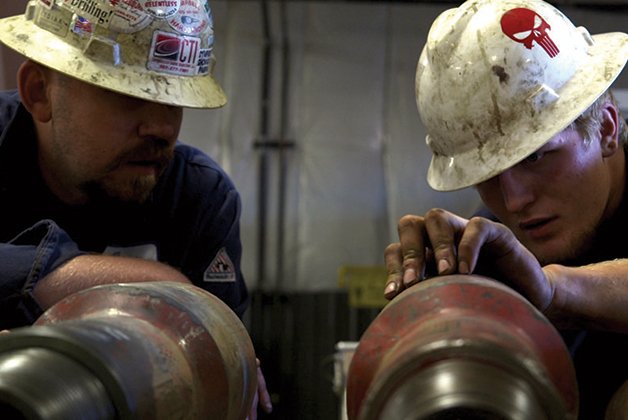 Jay Reinke (front) gives shelter to those looking for work in the fracking industry.

Winner of a special jury prize at Sundance, Jesse Moss’s thoughtful documentary is a character study of Jay Reinke, a Lutheran pastor in Williston, North Dakota, trying to shelter hundreds of people drawn there by the promise of lucrative jobs in the fracking industry.

Pastor Jay’s message of charity grinds up against a town fearful of roughnecks with unknown pasts and, over time, his choices seem perhaps riskier and more personal than they need to be.

Moss is an incredibly sympathetic filmmaker, and his master stroke is to structure The Overnighters as a portrait of both an individual and a community. Everyone is allowed a point of view, even when that point of view seems reactionary and ill-informed.

In a weird way, that’s America in a nutshell.