NOW MagazineMusicThe Pains of Being Pure at Heart

The Pains of Being Pure at Heart

Brooklyn band steps off the fuzz and adds female vocals 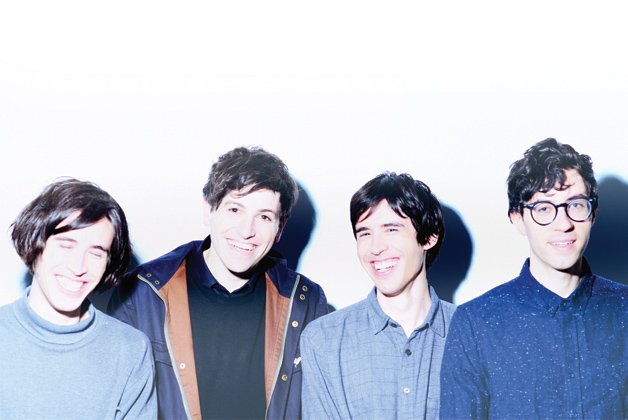 The Pains of Being Pure at Heart have always been in the vanguard of indie pop. But their latest album, Days Of Abandon, has finally earned frontman Kip Berman the specific type of indie cred he’s coveted since he first started the band over five years ago.

“As far as indie genres go, with the exception of riot grrl, indie pop has the greatest representation of female lead singers and songwriters,” Berman says from his home in Greenpoint, Brooklyn.

“I could wax poetic about how that’s really important, but then the record would’ve just been me singing 10 songs in a row. My reality could never live up to my ideal.”

So with this in mind, Berman enlisted the vocal talents of Jen Goma, the musician behind the dreamy cadence of A Sunny Day in Glasgow, for the Brooklyn-based band’s third album.

The pairing is delightful. Berman’s characteristically sweet lilt is balanced by Goma’s equally soft backing vocals, a dynamic that gives the Pains a refreshing sound. Also new to the lineup is Beirut’s Kelly Pratt, recruited for his expertise in horn arrangements and synth programming.

“Instead of turning the guitar up as loud as it can go and adding more of it, they brought out some different sounds.” Berman says. “It’s not all distortion pedal.”

With Berman’s foot off the fuzz, the guitar melodies sound lighter and more buoyant, which was definitely his intention.

“Each record is a new challenge. I never try to do the same thing over and over again. If people want to listen to the last record, they can just put it on again.”

One thing Berman has no interest in changing up is the album length. For the third time now, a Pains record wraps up neatly at 10 songs, a time span that first came about out of necessity and then became the ideal.

“There’s this mistaken idea where everyone thinks it’s so difficult to create music. It isn’t. It’s difficult to edit music.”

Berman isn’t afraid to take the knife to his own creations.

“If you can’t get your point across in 10 songs, well, you’re doing something wrong.”

Berman on the main differences between the Pains of Being Pure at Hearts’ previous album, Belong, and their latest release, Days of Abandon. Spoiler Alert: He stepped off the distortion pedal.

Frontman Kip Berman explains how the most challenging aspect of creating music isn’t the writing process, but the editing.