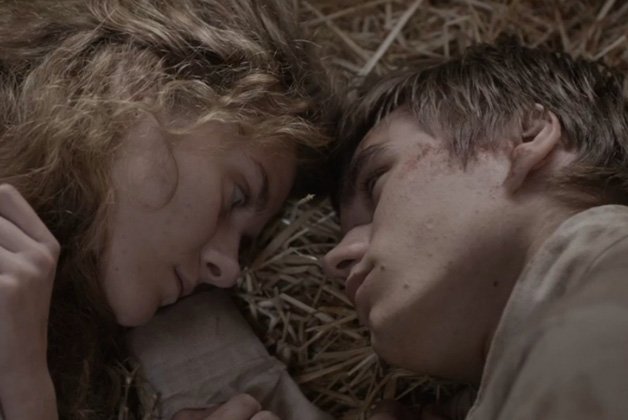 The Pin leaves a mark.

This first-ever Canadian Yiddish feature – about two young adults hiding out during the Second World War – has a very strong mood and good performances by leads Milda Gecaite and Grisha Pasternak.

When a shomer (David Fox) – the man who sits vigil for the dead in a Jewish funeral home – believes that his current charge is the same woman he hid out with decades ago, he has intense flashbacks about the experience.

During the war, the couple connect when they both escape to the same barn. He’s much more forthcoming than she about what brought them there.

It’s a tad slow, but The Pin shows insight into what it takes to maintain your humanity under dire circumstances and how desperately survivors seek closure.