The Pleasures Of Being Out Of Step 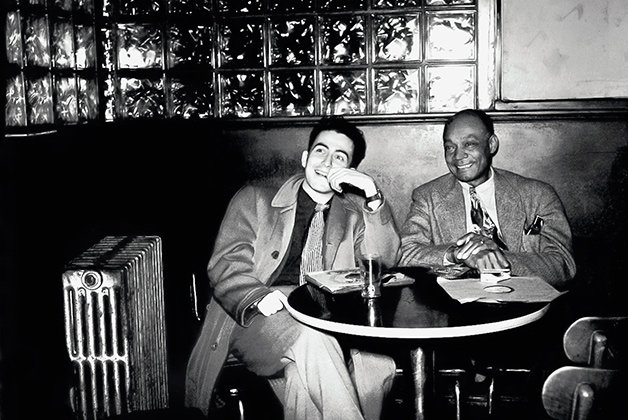 THE PLEASURES OF BEING OUT OF STEP (David Lewis). 87 minutes. Opens Friday (May 16) at the Bloor Hot Docs Cinema. For venues and times, see Movies. Rating: NNN

Writers don’t make the best documentary subjects. But when the scribe also happens to be one of the world’s leading jazz critics, at least you can score the film with some amazing music.

That’s evident from David Lewis’s pedestrian doc about Nat Hentoff, the veteran journalist, jazz authority and civil liberties advocate. Lewis fails to find a structure or rhythm to match the intelligence and puckish wit of his subject, but there are enough examples of Hentoff’s brilliant criticism (read by Homicide’s Andre Braugher) and clips of jazz greats (Coltrane, Parker, Mingus) he wrote about to help pass the time pleasantly.

Using archival photos and interviews with the writer’s colleagues and friends, Lewis touches on some of Hentoff’s more controversial articles, like the one defending the right of neo-Nazis in Skokie, Illinois, to march in the 1970s, to his late-in-life stance on abortion, which caused huge rifts with his colleagues at the Village Voice.

There are also amusing anecdotes about Bob Dylan and Malcolm X, and a generous clip from the notorious interview with a drugged-out Lenny Bruce he did for CBC-TV.

Now in his late 80s, Hentoff briefly discusses the changing media landscape – he was fired in 2008 from the Voice after 50 years – and appears defiantly old-school, writing in longhand and using an electric typewriter in his cluttered Village apartment.