The quick, the safe and the cyclist

Speed kills, Toronto's medical officer of health has been warning us - and it's not just cyclists who are being put at risk 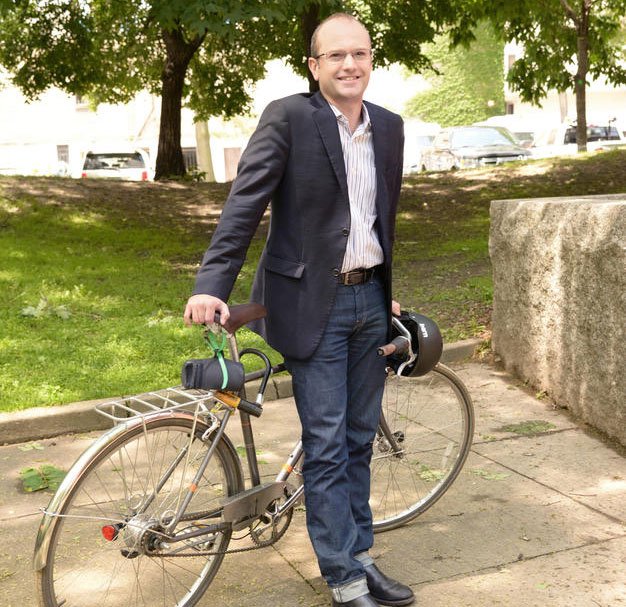 Getting there used to be half the fun, but now some are in such a rush that they’re ruining the fun for the rest of us. They’re making it dangerous.

We all have busy lives, things to do and people to see, but that doesn’t mean we should be speeding on residential roads.

Our meetings and deadlines are not more important than anyone’s life.

And it’s not just cyclists who are being put at risk – it’s other drivers, pedestrians, children, seniors, everyone.

The reality is, speed kills

June, Bike Month in Toronto, was unfortunately also a month when cyclists were hit and killed in record numbers. Three new ghost bikes were added to our streets.

Seventy-five-year-old Roger du Toit died from his injuries on May 31, 44-year-old Peter (Zhi Yong) Kang was struck and killed on June 11, and 26-year-old Adam Excell’s life was taken on June 13.

Every year in Toronto, an average 2,050 pedestrians and 1,095 cyclists are injured as a result of collisions with motor vehicles. The faster those vehicles are moving, the more likely it is that those accidents will result in death.

Speed kills. Toronto’s medical officer of health, Dave McKeown, has been warning us about that since 2012.

As his report, Road To Health: Improving Walking And Cycling in Toronto, shows, there’s an 85 per cent chance that a pedestrian struck by a car travelling at 50 km/h will be killed. The fatality rate decreases to less than 5 per cent when a car’s doing 30 km/h. A 2012 report by the chief coroner for Ontario also recommended reducing speed limits on residential streets to 30 km/h.

That’s why on June 22, Toronto and East York Community Council voted to reduce the speed limit to 30 km/h on all local residential roads within its jurisdiction, with phase-in beginning in September.

What’s happening in other cities

Last year the mayor of Paris, Anne Hidalgo, reduced the speed limit on almost all roads there from 50 to 30 km/h. Paris even created “zones de rencontre,” or meeting zones, where the speed limit is 20 km/h for cars.

In the UK, the non-profit org 20’s Plenty For Us has been running a very successful campaign to reduce speed limits to 20 miles per hour (approximately 30 km/h). More than 250 local campaigns have been launched, and dozens of municipalities have adopted 20-mph speed limits.

The city of London has created more than 400 20-mph zones since 2009, and studies have shown a 42 per cent reduction in fatalities in those areas.

Baden, Austria, lowered speed limits to 30 km/h across 75 per cent of its roads and has seen a 60 per cent reduction in fatalities.

As part of New York City’s Vision Zero, Mayor Bill de Blasio reduced the default speed limit there to 25 mph (about 40 km/h) and created slow zones of 20 mph throughout the city in response to an average 250 traffic-related deaths annually.

All of this has happened with little or no impact on travel times. In some cases it’s led to smoother traffic flows, actually reducing congestion.

The economic case for a 30-km/h speed limit

If reducing accident fatalities isn’t reason enough, there are financial benefits to making our streets safer.

The economic costs associated with pedestrian-vehicle and cyclist-vehicle collisions are greater than $62 million annually. Toronto’s medical officer of health considers the economic value of a life when calculating the economic benefits of active transportation, and by his estimate the benefits range from $130 million to $478 million a year. Toronto could also save $110 to $160 million in health care spending per year by encouraging Torontonians to walk and cycle more and thus avoid chronic illness.

No, changing a sign won’t itself stop drivers from speeding on residential streets. And there’s no doubt that we need better cycling infrastructure to make cycling safer.

In May, city council asked Toronto Police to improve enforcement of speed limits on local streets and asked the province to enact a regulation that would allow us to double speeding fines in 30 km/h zones.

Toward a Vision Zero

Zero is the only acceptable number of road fatalities, and reducing speed limits on residential roads is one practical way to achieve this while making our streets more welcoming for pedestrians and cyclists. Let’s hope you see a 30 km/h sign posted in your neighbourhood soon.

Less than 5 per cent Fatality rate for pedestrians struck by cars going 30 km/h.

85 per cent Fatality rate for pedestrians struck by cars travelling at 50 km/h.

2,050 Average number of pedestrians injured in collisions with motorists in Toronto every year.

1,095 Average annual number of cyclists injured in collisions with motorists.

More than $62 million Annual costs to the city of pedestrian and cyclist collisions with motorists.

Mike Layton is the city councillor for Ward 19 (Trinity-Spadina), and chair of the Toronto and East York Community Council.