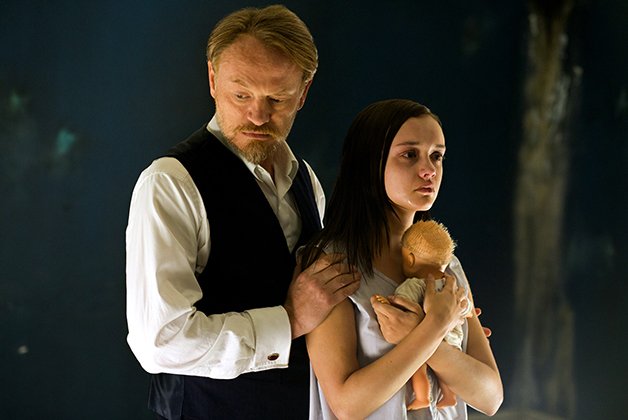 The biggest flaw of The Quiet Ones is that the filmmakers can’t decide what movie they want to make.

Purportedly a true story, it’s clearly pure fantasy. It strives for an old-fashioned feel that is undermined by a few gratingly obvious CGI effects. It wants to be taken seriously but is unabashedly hokey. It uses found footage but never commits to the device. It attempts to apply science to the supernatural before jettisoning any sense of realism. Subplots are set up, then abandoned.

The whole thing is a mess. Given that the horror genre thrives on simplicity, rhythm and repetition, that’s a fast track to failure.

The film revolves around an experiment run by university professor Joseph Coupland (Mad Men’s Jared Harris) and carried out by three sexy students (Rory Fleck-Byrne, Erin Richards and Sam Clafin). Coupland’s thesis is that ghosts are merely products of troubled minds, so he plucks a haunted teenager (Olivia Cooke) from an asylum and forces her to undergo a series of tests to “cure” her. Naturally, these tests take place in an abandoned house in the woods, and Clafin’s character films it all for found-footage shtick once the flick shifts into Exorcist territory. Jump scares pop up left and right. None of it makes much sense, yet it’s all treated far too seriously to ever feel fun.

The one thing The Quiet Ones has in its favour is a strong cast. Harris’s weathered face and creaky voice are made for horror, and Cooke brings pain and weight to her role that isn’t in the script.

Director/screenwriter John Pogue slips a few decent scares in amidst the drivel, but these bright spots only remind us how tedious and confusing everything else feels.

The script reportedly spent years in development, while the final film sat on a shelf for months before release. Clearly everyone involved was apprehensive. It’s a shame that, much like idiotic characters in a horror movie, no one trusted their gut and fled.