The Remix Project and Manifesto launch the Convergence Campaign 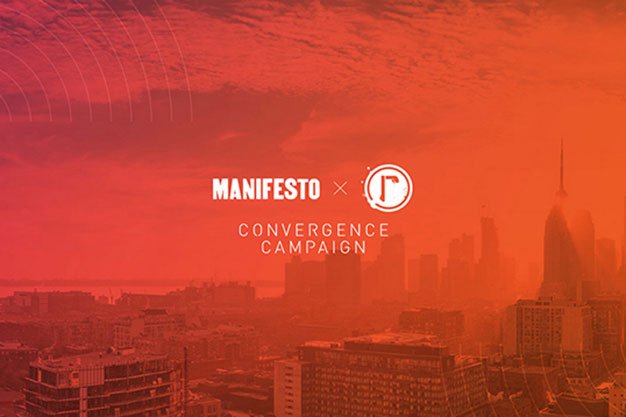 In recent years local creative talent has taken the globe by storm, bringing a new perspective to a city that has arguably been ignored in the past. Toronto is a competing arts and cultural capital with photography, production, musicians, videography, clothing design, poetry and more emerging from our neighbourhoods.

“We have been demanding the world’s attention and it is well-deserved,” says Drex Jancar, co-founder of The Remix Project. “We have been working hard to make this moment happen for decades, and now it finally is: Toronto is becoming a global leader in arts and culture.”

This community of artists and cultural instigators contributes $11.3 billion to Toronto’s GDP annually. However, despite such a significant contribution to our city’s economy, the only return given to the arts and culture sector last year was a mere $55 million through funding. With such an immense gap between what is given and what is received, it’s tough to find economic sustainability as an artist or art-based organization during this creative momentum in Toronto.

“I am proud to say we have some of the strongest movements right now and they are all a part of a strong foundation. The continuum of culture in Toronto is deep, but it needs support,” says Che Kothari, a Toronto photographer and arts manager (Machel Montano, Protoje and Mustafa the Poet), who co-founded Manifesto Festival in 2007 at just 24 years old.

To try to foster and sustain local talent, Manifesto and The Remix Project have collaborated to bring The Convergence Campaign.

“Che and I were tired of paying thousands and thousands of dollars each month to sustain ourselves and felt like we needed to build equity in our organizations through owning a space,” says Drex.

The Convergence Campaign will be built in the upcoming years in the new Daniels Waterfront: City of Arts (donated by The Daniels Corporation) at Queens Quay and Jarvis, where Guvernment Nightclub used to be. By providing accessible and affordable recording space, recording, film and photo studios, theatres and expert consultation services, this space will help nurture various creative communities who might not be able to afford these services elsewhere.

“It will be a game-changing place for Toronto’s current and future arts leaders to connect, cultivate, collaborate and develop Toronto into a global capital for culture,” says Drex. Along with being an accessible hub for young artists across the GTA, the space will also serve as a new home for these two arts organizations.

Manifesto and Remix have helped nourish this city’s hidden creativity for the past decade, particularly amongst marginalized populations. The Remix Project has worked with artists such as WondaGurl, Rich Kidd, and Future The Prince. To date, Manifesto has produced eight of Canada’s largest hip-hop festivals and has created employment opportunities for 12,000+ youth and allocated $1 million to artists.

With a city that is home to 93 per cent more artists than any other Canadian metropolis while simultaneously suffering from the highest unemployment rates amongst youth, the Convergence Campaign is coming at a time with hopes of tackling these challenging statistics while continuing to cultivate Toronto’s path as a competing global cultural leader.

“A hub of creative industries on the rise needs a strong hub within it,” Kothari says.