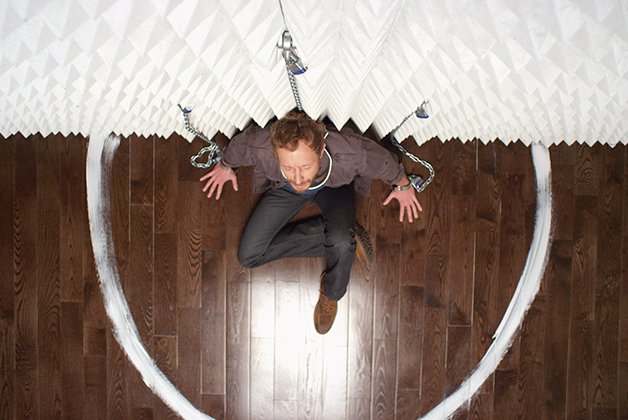 Kris Holden-Ried is excellent in The Returned

First things first: Manuel Carballo’s The Returned is not part of the international cycle of remakes of the French TV series of the same name. (The U.S. version of the show is probably going by the title Resurrection to avoid confusion with the film.)

No, this Returned is a zombie movie almost entirely lacking in zombies. It’s set in a world exactly like our own, except for the undead plague that killed 100 million people in the 80s. The living dead were vanquished, but the virus is still around. A serum, injected daily, lets infected people live normal lives.

The Returned focuses on a Toronto couple, Kate (Emily Hampshire) and Alex (Lost Girl’s Kris Holden-Ried). Kate’s a doctor treating the infected – known as the Returned – and Alex has been living with the virus for six years. But supplies of the serum are running low, leading them both to contemplate desperate acts to stay together – and stay alive.

The terror of losing a loved one to disease has been a key subtext of zombie movies since Night Of The Living Dead defined the genre, and Hampshire and Holden-Ried engage with it fully. They’re terrific, but director Carballo and screenwriter Hatem Khraiche Ruiz-Zorrilla don’t trust their story to carry the picture, piling on convoluted conspiracies and increasingly dopey plot twists that make it much less than the sum of its parts.