The Road To Mecca

The Road To Mecca by Athol Fugard (Soulpepper). At the Young Centre for the Performing Arts (50 Tank House). Runs. 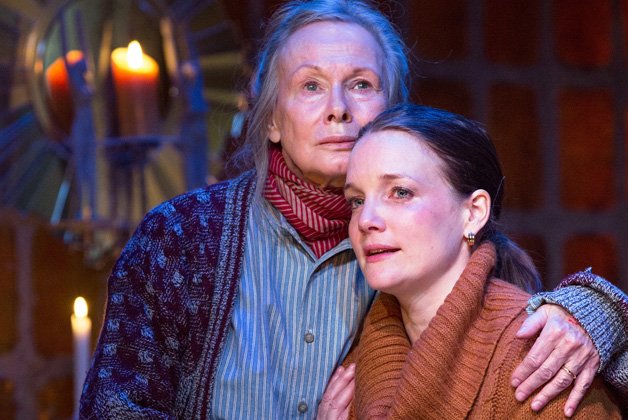 It’s easy to lose your way on The Road To Mecca.

I remember seeing a simple but moving Chicago production of Athol Fugard’s play in the late 90s that left me weeping. Soulpepper’s current revival made me yawn and mutter mean things under my breath.

First performed in 1987, the play centres on Miss Helen (Diane Leblanc), an elderly Afrikaner widow living alone in the isolated Karoo region of South Africa. When her concerned young friend Elsa (Shannon Taylor), a journalist, makes the four-hour trek from Johannesburg to see her, it’s gradually revealed that Helen’s being ostracized by the villagers for the eccentric pagan sculptures that surround her home. Helen’s friend, church leader Reverend Marius Byleveld (David Fox), also Afrikaner, is gently pressuring her to move into a retirement home.

At its heart, the play is an ode to non-conformists who don’t choose the road most taken, a worthy theme in its own right and an especially powerful symbol during the apartheid years.

But director David Storch’s misguided version drains the piece of its energy and magic.

The original Broadway production made no attempt to show Miss Helen’s sculptures, suggesting that they might be better left to the imagination.

Designer Beth Kates’s enormous and intriguing sculptures, planted around the set, give you something to look at but also distract from what’s going on. Her lighting, too, is uneven, with one scene so bizarrely lit, it looks like the characters are sitting around a campfire.

The actors don’t come off well either. Taylor does her best with the underwritten, contrived role of Elsa – some of the exposition in the first act is eye-rollingly bad – and Fox, normally so winning, speaks his lines in such a strange stop-and-start manner that he seems to be reading them from a book.

Leblanc captures Miss Helen’s eccentricity and spontaneity, but doesn’t quite pull off a part – could anyone? – that requires her to shine more brightly than a roomful of lit candles.