THE SEAGULL by Anton Chekhov, directed by Peggy Coffey (the Chekhov Collective). At Berkeley Street Theatre (26 Berkeley). To March. 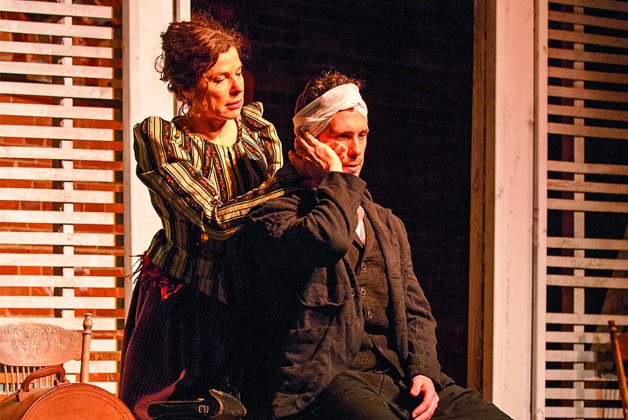 Rena Polley and Riley Gilchrist take wing in The Seagull.

When Chekhov wrote The Seagull in 1896, he described it as a comedy, which is a bit of a stretch. Like his other best-known plays, this one is full of tragedy and intense psychological introspection, and certainly won’t leave you laughing.

Faithfully rendered by the Chekhov Collective, a group of actors who came together last year to explore and mount this show using acting techniques developed by Michael Chekhov (the playwright’s nephew), the strong 10-member ensemble impresses with gripping performances throughout.

Set on a country estate in summer, the story revolves around Arkadina (Rena Polley), a famous actor who is visiting her frail older brother Sorin (Greg Ellwand). The party of guests also includes her lover, Trigorin (Patrick Garrow), an established author, as well as her frustrated and angst-ridden son Konstantin (Riley Gilchrist), who so far has failed in his attempts to become a writer. Tension rises when Arkadina ridicules Konstantine’s latest play and Trigorin becomes enamoured of a younger woman.

Director Peggy Coffey nicely plays up the few comedic moments found in the lighter first two acts, before the play’s bleaker themes about frustrated youth and middle-age regret take hold. She foreshadows this coming storm with subtle word emphasis and loaded looks exchanged between characters. A scene in which Trigorin cautiously flirts with Nina (Nicole Wilson), the daughter of a neighbouring estate owner, is just one example of the extensive character work on display here. Convincingly realistic, the coy exchanges effectively reveal Chekhov’s dark subtext.

Don’t go in expecting Chekhov’s version of light fare, but watching these characters unravel in spectacular form is well worth the downer of a ride.