The seeds of war 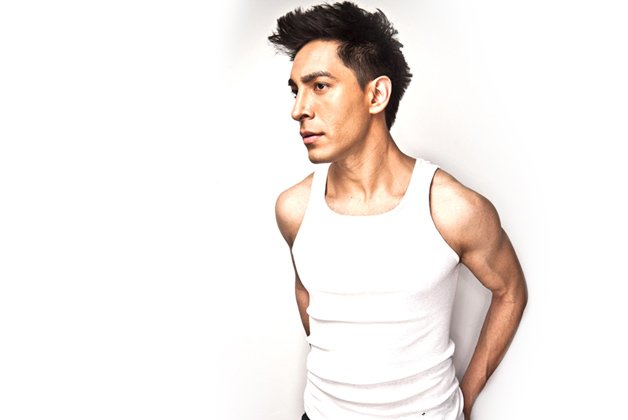 Actor/writer Kawa Ada’s life would have been very different if his mother hadn’t been such a good storyteller.

“When my family fled the war in Afghanistan, she gave us survival skills by way of imagination,” recalls the actor/writer, whose play The Wanderers opens tonight (Thursday, March 6) in a Cahoots Theatre production at Buddies.

“Her ability to provide her children with fantasy worlds during a time of intense emotional and physical displacement kept us going as we moved to Pakistan, India, Switzerland, back to India and finally to Canada.”

In The Wanderers, an Afghan family faces a similar move to Canada, forced to exchange a life of privilege for one of struggling to make ends meet.

Although a prophecy states that Roshan, the son born to Aman and Mariam, will be a hero and restorer of peace, that shining future isn’t evident when we meet him as a young man in Canada. He’s in conflict with his father for a number of reasons, including the fact that he’s gay.

“There’s so much rhetoric about Afghanistan from people who know little about the country and its history,” says Ada, one of NOW’s top 10 theatre artists of 2013. “I don’t speak for all Afghans, but I wanted to write a play from my own perspective as an Afghan-Canadian.

“What I want to tackle in The Wanderers, which travels between the two countries over a period of decades, is how the seed of war, once planted, grows into something that stays with you, even if you run away from it. The trauma of war can’t easily be left behind.”

Aman and Roshan would never be able to bridge a truce of sorts without Mariam’s love and devotion to both, notes the writer, who plays both the young Aman and Roshan. Ironically, we only meet her at the start of the play, as a young girl in Kabul, but Awa sees her as a driving force in the drama.

“The power of women in the story is so vital for me, just as has been the case in my own life. I’ve always felt that the men in the play are destroyers, while the women are creators and builders.

“What holds father and son apart is the fact that both want so much to achieve their potentials, fulfill the desires of what they thought they could become. Neither can see or understand what the other wants. What links them, unfortunately, is experiencing the weight of failure in their lives.”

Ada knows he’s taking some big risks with the play, including identifying himself as a gay Afghan. Some elements of the play are autobiographical, but many are not.

“There’s a real clash of cultures for many Canadian immigrants. Because Canada is a largely accepting country, it’s easy to forget that some groups living here aren’t as open.

“The gay theme is part of the play, but not, for me, its pivotal element. Rather, it’s part of Roshan’s identity that goes hand in hand with wanting his father to see him for who he is.”

And what’s it like wearing two hats – writer and performer – especially given that Ada’s onstage for most of the play?

“Initially I didn’t set out to write it for myself, but director Nina Lee Aquino talked me into it,” smiles the artist. “I have to admit that it’s one of the scariest things I’ve ever done, but Nina’s brought together such a formidable group of artists, people I trust.

“I know I’m in good hands. That’s part of the beauty of theatre: it’s a truly collaborative art form.”

One of the show’s inspirations:

More on the influence of Ada’s mother: