The shallow appeal of the strongman

The populist-fuelled passions of the moment in the U.S. tend to obscure the history of autocrats delivering results for themselves, but not their people 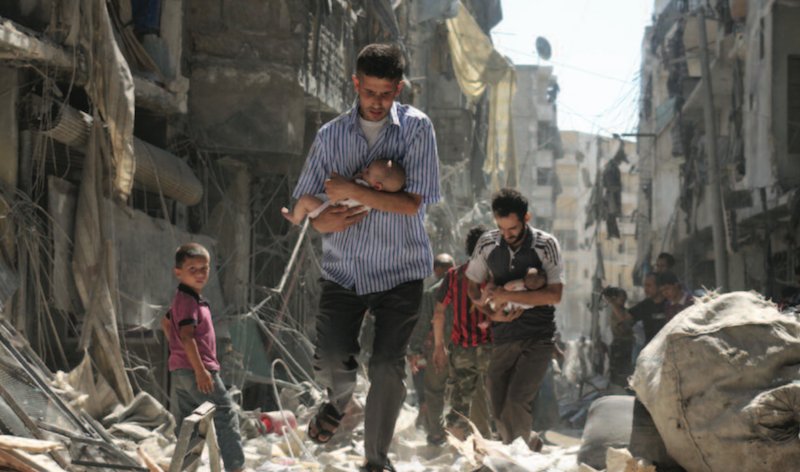 The rising tide of populism in the name of a perceived majority has paralleled a new infatuation with strongman rule that was particularly prominent during the U.S. presidential election campaign.

If all that matters are the declared interests of the majority, the thinking seems to go, why not embrace the autocrat who shows no qualms about asserting his “majoritarian” vision – self-serving as it may be – and subjugating those who disagree?

The populist-fuelled passions of the moment tend to obscure the longer-term dangers to a society of strongman rule.

Russian President Vladimir Putin, for instance, has presided over a weakening Russian economy plagued by massive crony corruption and a failure to diversify when oil prices were high, leaving it vulnerable to the decline that followed.

Fearful that popular discontent of the sort seen on the streets of Moscow and several other large cities beginning in 2011 might revive and spread, Putin has introduced draconian restrictions on freedom of assembly and expression, setting out new, unprecedented sanctions for online dissent and crippling civil society groups.

The Kremlin bolstered Putin’s autocracy and boosted his dwindling approval ratings by mobilizing public nationalism in support of Russia’s occupation of Crimea, which triggered European Union sanctions and only deepened economic decline.

In Syria, his military backing of Assad’s slaughter of civilians with Russian bombers made the lifting of EU sanctions all the more remote.

Until now, the Kremlin’s skilled propagandists have tried to justify increasing economic hardship by claiming the need to counter alleged efforts by the West to weaken Russia.

However, as the economy deteriorates further, it gets harder for Russian apologists to sell that message to the Russian public.

China’s President Xi Jinping has embarked on a similar path of repression.

But economic liberalization was not accompanied by political reform, which was left stillborn after the 1989 Tiananmen Square democracy movement was crushed. Ensuing governments made economic decisions guided mostly by the party’s desire to sustain growth at any cost while keeping popular discontent under wraps. Corruption flourished while social inequity soared and the environment deteriorated.

Worried as well that popular discontent would rise as economic growth slowed, Xi, too, has embarked on the most intense crackdown since the Tiananmen era, leaving his government even less accountable.

Despite anointing himself with a lengthening list of leadership titles, this strongman looks increasingly fearful while failing to deliver on the Chinese people’s demands for cleaner air, safer food, a just judicial system and an accountable government.

The Bolivarian revolution in Venezuela, initiated by the late president Hugo Chávez and now stewarded by his successor, Nicolás Maduro, has become an economic disaster for the worst-off segments of society whom it ostensibly serves.

Their reward has been hyperinflation and severe food and medicine shortages. A nation with the largest proven oil reserves on the planet has been reduced to penury.

The government has launched military and police raids in immigrant and low-income communities that have led to widespread allegations of abuse, including extrajudicial executions, arbitrary deportations, evictions and destruction of homes.

Meanwhile, President Maduro, who controls the judiciary, has deployed the intelligence services to arbitrarily detain and prosecute critics and opposition politicians, undermined the ability of the opposition majority in the National Assembly to legislate and used his allies at the electoral authority to obstruct a recall referendum.

Indeed, there is a long history of autocrats delivering results for themselves but not their people.

Even supposed models of authoritarian development in countries like Ethiopia and Rwanda, upon closer examination, are plagued by government-imposed suffering.

The Ethiopian government forced rural farmers and pastoralists into service-deprived villages to make room for agricultural megaprojects. The Rwandan government rounded up street vendors and beggars and beat them in filthy detention centres in the name of clean streets.

Central Asia is filled with strongmen whose countries have stagnated under enduring Soviet-style rule. Even in relatively vibrant countries in Southeast Asia, economic progress is put at risk by the stultifying rule of the Thai military junta or the corruption-heavy government of Malaysian Prime Minister Najib Razak.