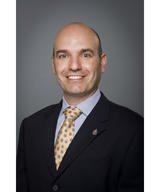 VITALS by Rosamund Small, directed by Mitchell Cushman, with Katherine Cullen. Presented by Outside the March and Theatre Passe Muraille at a secret location (meet at 149 Roncesvalles). Opens Thursday (May 1) and runs to June 1, Tuesday-Sunday 7:30 pm, matinees Saturday-Sunday 2 pm. $25-$30. 416-504-7529.

Ever think about the paramedics who drive the EMS vehicles that rush past us, sirens blaring?

Rosamund Small’s Vitals looks at Anna, one of those emergency rescue people, as she teeters on the edge of a breakdown.

The production by Outside the March, known for its site-specific work, takes us to a neighbourhood location where Anna does her skilled work while her unsettled thoughts wander in many directions.

“She’s an isolated and vulnerable person lacking the large support network that people in her profession require,” explains Katherine Cullen, who plays the role. “In the research we’ve done, we know that workers do best when they have a partner or some other solid structure apart from the job to keep them grounded.

“Anna’s not great with intimacy and doesn’t recognize the effect of post-traumatic stress disorder. I think, in fact, she doesn’t like people, though she saves them for a living. She connects better with animals.”

As a result, Cullen says, when Anna starts to unravel, she goes through a frightening process that destroys her calm and cool exterior.

“Only by the end of the play does she decide to join the club that we call humanity, though it’s sometimes dark and scary for her.”

Cullen’s been with the project since its start, when she read a monologue that Small wrote for a theatre fundraiser. Mitchell Cushman, co-artistic director of Outside the March, was there, too, and the three artists saw potential in the short speech and continued developing it. Eventually, Theatre Passe Muraille came on board, and the show has grown into a production literally outside the (theatrical) box.

“What started as a no-frills, inexpensive one-person show has become one of the most complicated pieces I’ve ever worked on.”

Vitals involves the audience on a number of levels, physically as well as emotionally. While Cullen is the only named actor, some 10 “first responders” facilitate the experience for the 30 viewers, who are sometimes together and sometimes divided into different groups as they explore the secret venue.

It’s not quite like the enormously popular, Macbeth-inspired Sleep No More, a current New York production that allows its large audience to wander pretty much at will through dozens of rooms, but there’s a sense that everyone gets to discover the play’s story and its secrets in their own way.

“I love site-specific theatre,” admits Cullen, “because it gives audiences the gift of being close to the action, part of it rather than at a distance. It creates a magical world into which viewers step. The set itself becomes one of the characters, allowing the audience to connect with the show at a sensual level.”

Cullen admits it’s been strange rehearsing in a traditional hall without the audience interaction that will be key in performance.

“I’m astounded at how transformed the show has become now that we’re in the actual space. The staging, the sound, the details of design and the role and choreography of the first responders are all important. It feels like a huge team coming together and being pushed to places we’ve never gone to before.

“This is a great way to bring in new audiences,” says Cullen. “It’s the kind of theatre that will keep the art form buoyant and relevant.”