Win a pair of tickets to RIFF closing night screening of The Smalls: Forever is a Long Time on October 17th at The Royal Cinema + tickets to the VIP launch party! 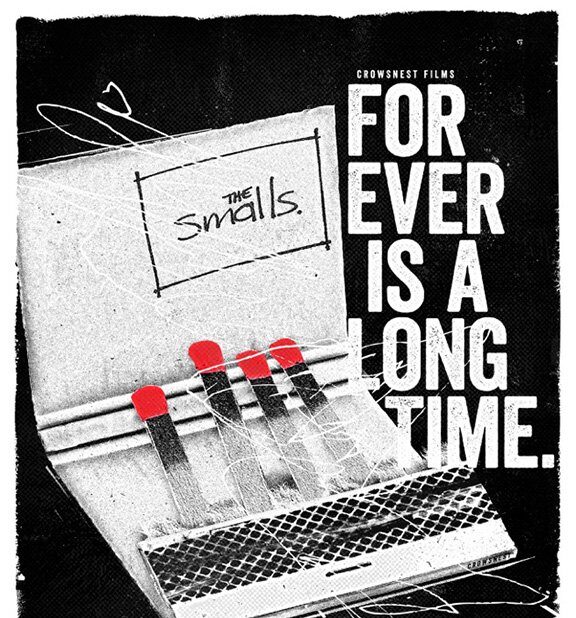 Please join us for this screening which is followed by a Q&A with the filmmakers and members of the band.

With the Toronto Premiere of Crowsnest Films’ documentary, the smalls: forever is a long time, this film documents the 2014 reunion tour of an indie band phenomenon.

The Smalls (Mike Caldwell, Douglas Bevans, Terry Johnson and Juno award winning Corb Lund) were a legendary musical phenomenon in western Canada that mattered to tens of thousands of young, alienated youth through the nineties. After suddenly saying Goodbye Forever at the peak of their success, and 13 years apart, they reformed for one last redemptive tour—closing the loop internally as bandmates, estranged friends, and with their long-adoring fans. Forever is a long time after all. From rekindled beginnings to a sold-out tour coast to coast, this film from Alberta filmmakers Trevor Smith and John Kerr explores the journey of memory, age, and the power of music to erase the years for player and fan alike.

Not only does it showcase the smalls in all their Indie glory it stands to be said that the smalls: forever is a long time represents what Reel Indie Film Fest is all about in both music and film – celebrating a DIY attitude while cheering for the under dog.

Sat Oct 17 The Smalls: Forever is a Long Time:

Win a pair of tickets to RIFF closing night screening of The Smalls: Forever is a Long Time on October 17th at The Royal Cinema + tickets to the VIP launch party on October 13th, 8:30pm at The Burroughes (639 Queens St. W)