Shaking it up 50 years later 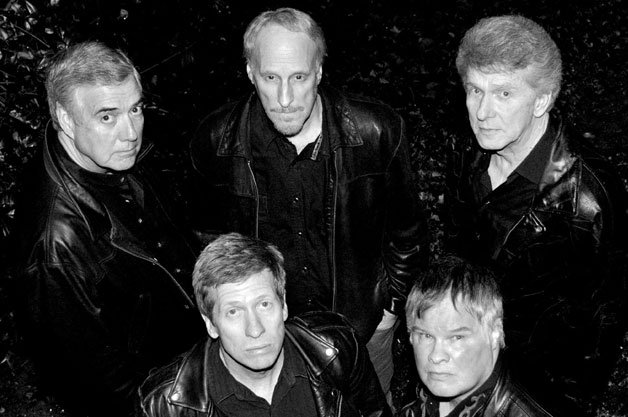 “We initially broke up in 1967, but the term ‘breakup’ is kind of a misnomer,” Rob Lind says from his home in North Carolina.

The retired military/commercial airline pilot was a teenager when, armed with a saxophone, he co-founded the Tacoma, Washington-based band the Sonics, and rock ‘n’ roll was never the same again.

Their first two albums, 1965’s Here Are The Sonics and 1966’s Boom, are classics that, to people outside of the band anyway, represent the birth of bare-bones garage rock. (Lind says he’s only recently become aware of the Sonics’ significance to indebted bands like Nirvana, the White Stripes and, most fervently, the Hives.)

Whereas other groups of their vintage wrote vaguely gritty pop songs, the Sonics possessed a particular kind of menace and charge, anticipating punk, metal and other kinds of music with a sense of danger.

But after those two LPs, the Sonics simply, mythically vanished.

“When you say, ‘The band broke up,’ there’s always rancour and obscene gestures and ‘I’ll never talk to you again.’ It wasn’t that way with us,” Lind explains.

“Life kind of descended upon us. The Vietnam War was going on, and there was a draft in the United States. I was a senior in college and got drafted and, in order to avoid it initially, I got accepted into Navy Officer Candidate School, which allowed me, graciously, to finish college first. Then I went on with my military flying career.”

In the 60s, few bands in the Pacific Northwest made a name for themselves outside the region. Lind cites only Seattle’s Jimi Hendrix and Tacoma’s instrumental pioneers the Ventures as success stories. The rest might’ve gained popularity in the four adjoining states and possibly British Columbia, but not enough for a viable career.

After toiling at straight jobs until retirement age, the Sonics reformed in 2007 to play live and have stayed active since. Their first album in 48 years, This Is The Sonics, was just released and, thanks to Detroit producer Jim Diamond, magically recaptures the unholy drive of the band in its prime.

“If you have doubts before you come see us, at the end of the night there are no doubts,” Lind says. “Come see the Sonics. The floor’s gonna move.”

Listen to the full interview below:

listen to ‘The Sonics’ Rob Lind!!!’ on audioBoom